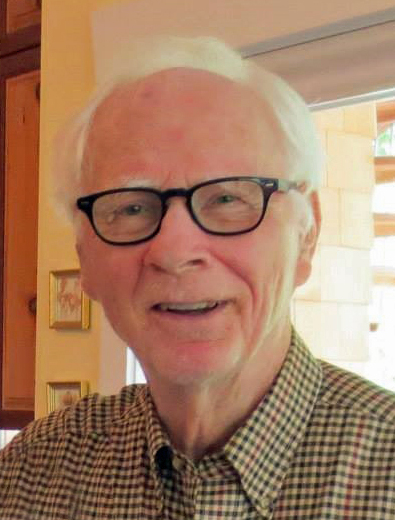 Clifford Silva Reuter III was born in Scarsdale, NY, (Bronxville Hospital), Nov. 15, 1927, to Clifford Silva Reuter II and Louise Hull Reuter. He passed away peacefully in his sleep after a long battle with Parkinson’s disease on July 27, 2021. Preceded in death by his parents, sister Nancy Maie Reuter Manseau and grand-nephew Shaun Martin, Cliff is survived by his wife of 50 years Ann Bert Reuter, his brother John Edward Reuter (Kathleen Ashley), children Sara Louise Reuter, Richard Calvin Hall (Nancy Niles), Philip Byard Hall (Joyce Staberow), Suzanne Hall Moore (Barry), Debra Hall Burton (Anthony), Clifford Reuter IV (Marlla Jackson), Carolyn Reuter Woods (Jeffrey), George Reuter (Melissa Shau), and Nancy Reuter Barrett (Shane), 16 perfect grandchildren, 10 spectacular great-grandchildren, many cherished nieces and nephews, and oh so many, many friends. Clifford graduated from Berkshire School in Massachusetts, enlisted in the United States Army as a private in WWII, and then completed his BS in Business Administration / Electrical Engineering from the University of New Hampshire class of 1951. He continued his civil service as a Florida State Senator for the 30th District, (Space/Treasure Coast) from 1966 – 1971. Milestones from his senate tenure include authorizing the creation of Disney World, the 528 Beeline Causeway and Florida’s Aquaculture Farming Industry. Clifford was well respected for his ability to use his experience to mentor and promote worthy candidates from all parties. Cliff’s passion in life was for people. "You have to find out what motivates someone ..." He was driven to seek ways to serve and support others throughout his life and this eventually led him to his chosen careers as a realtor and a community organizer. On the way, he tried out an array of endeavors that created stories that started with “Remember when Dad (Cliff, CS, Grampa, The Honorable) …” and ended with appreciative laughter. Cliff’s love of life was a contagious gift he shared liberally. As a start, after the war, he enrolled in the VA 52:20 program, learned the art of baking for 52 weeks at $20 a week. Consider yourself lucky if you have tried one of his pies. From here he had a restaurant on the main drag of Hampton Beach, NH, raised chickens, calves, oysters, clams, and tomatoes, built boats, contributed to the NASA Space Programs missions, brewed grapefruit wine in the bathtub, and was a founding member of the Grant (FL) Seafood Festival. His passion for people showed in how he championed the Highwaymen Painters of Florida throughout the 70’s by having at least one of their paintings in every home he and Ann built and sold. In doing this, he might have invented the all-important art of “home staging”. Of all the endeavors Cliff embarked on, his political work was by far the most encompassing and fulfilling. When he arrived in Miami in 1959, he immersed himself in growing the Republican Party, and enlisted the whole family. We shook more hands, walked more streets, ate more baked beans, and traveled to more rallies than almost anyone. By speaking to people from the heart, he was pivotal in building his party during the 1960s and into the 1980s. Later, declaring that the parties had changed but he had not, he became involved with the Democratic Executive Committee in Indian River, eventually chairing the State Democratic Committee of County Chairs. Cliff always anxiously awaited the next opportunity to share what each individual person could do to be involved with the political process and to do their part to protect democracy and decency. A memorial service will be held August 5, 2021, at 5:00 pm with visitation from 4:00 – 5:00 pm at SELLARS FUNERAL HOME 313 W Baddour Pkwy. Lebanon, TN 37087. Go to www.sellars.com to leave a note or find livestream information. A reception and Ice Cream Social will follow nearby. If you would like to send a donation in Cliff’s name, a gift to FairFight.com would support his political ideals.