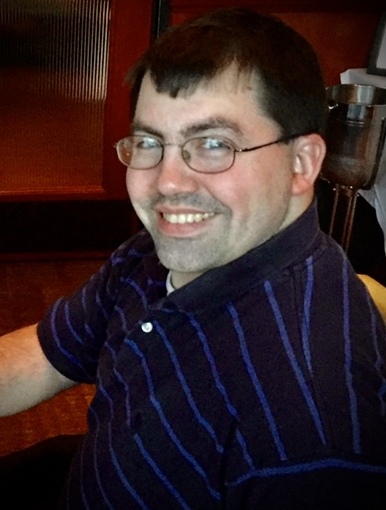 Mr. William “Patrick” Gallaher, 42, of Murfreesboro, TN. passed away on September 29th, 2021. Patrick was the son of Mrs. Anita and (Juan) Lovin and Mr. Bill and (Emmie) Gallaher. He was born September 1st, 1979 in Knoxville, Tennessee. He attended elementary school in Knoxville, TN and middle and high school in Brentwood, TN. Patrick was an active participant of Brentwood United Methodist Youth Choir during these years. Patrick graduated from Belmont University with a business degree. Patrick was always a hard worker, and dedicated to anything and everyone he was around. Patrick was employed at a local nonprofit community health group as a billing specialist, and was adored by his co-workers and patients. Patrick previously served as President of the homeowners association board for his HOA, and then as a regular member. He gave unconditionally to all he knew. Patrick never met a stranger, and always wanted to help others when he could. Patrick was the family birthday reminder, without fail, every year. Patrick also organized many fantasy football leagues for friends and family. Patrick was the best son, brother, uncle, nephew, cousin, friend, you could ask for. Patrick was the sweetest soul among our family, he took joy in doing and gifting to others. Patrick had opted to be an organ donor, so now his gifting continues on in helping the lives of many others. Nothing could be more fitting for someone who was so selfless. His life was a blessing to our family and he will be deeply missed. He is preceded in death by his grandmother, Elizabeth Jean Gray Gallaher, and his grandfather, Thomas Jewel Gallaher, both of Lebanon, TN. He is survived by his parents Anita (Juan) Lovin of Knoxville, TN; Bill (Emmie) Gallaher of Knoxville, TN. He is survived by his siblings April (Conway) Ella of Knoxville, TN; Preston (Angela) Gallaher of Oxford, MS. He is survived by his nieces and nephews Campbell Ella, Thatcher Ella, Graham Ella, Mason Gallaher, Audrey Gallaher, Jacob Gallaher, Savannah Kate Gallaher. Patrick is also survived by his loving girlfriend Tonya Stevens, and many loving aunts, uncles, and cousins. The receiving of friends is from 10-11 am CST Friday, October 8th in the Bryant Chapel, First United Methodist Church, West Entrance in Lebanon, TN. Memorial Service at 11:00 a.m. CST October 8 following the receiving of friends. First United Methodist Church in the sanctuary. In lieu of flowers, contributions may be made to Shriners Hospital for Children Medical Center Lexington, 110 Conn Terrace, Lexington, KY 40508. Patrick spent a lot of time at Shriners as a child. Sellars Funeral Home, Lebanon, TN. 615.444.9393. Face masks will be provided for your use for the receiving of friends and the memorial service.