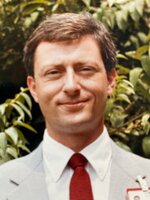 John Alan Stewart was born to David Stewart and Beverly Haynes Stewart on October 6, 1962 in Dallas, TX. His family moved to the Stewart family farm Gallatin, TN when he was 4. He attended Goodpasture Christian School High School and graduated in 1980. After high school, he attended Lipscomb University and graduated in 1983 with a BA in German. John then obtained a MA in German from Vanderbilt University in 1986. His desire to serve others and be a lifelong learner led him to pursue a degree in medicine. He completed a MD from East Tennessee State University, Quillen college of medicine in 1991.  He then was a surgical and anatomic pathology resident at the Medical College of Virginia from 1991-1996. After practicing for a little over a year as a pathologist, he realized he wanted to be involved in direct patient care. John had a strong drive to help people prevent the illnesses and diseases that he could only diagnose as a pathologist. He then graduated the Family Medicine Residency at the University of Mississippi in 2001.

John had an intense love for learning, languages, and the Lord. He could spend hours looking at the night sky, describing its contents. He understood the different dimensions of time. He loved to laugh. He was passionate about his family, nature, and living in Florida. He was kind and loving, and shared that with so many who met him. He had an unrivaled faith.

On January 6, 2022, John passed into heaven surrounded by all four of his children, his beautiful bride and their Pastor in Port Orange, FL. He is now resting peacefully with his Maker, fully restored and healed.

There will be a second Celebration of Life in Port Orange, Florida at Victorious Life Church on the afternoon of January 23, 2022 at 3pm.