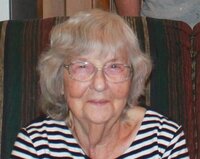 Ms. Wyonia Cleothia Naramore, better known as Cleo, age 88, of Lafayette, Tennessee, passed away Tuesday, August 2, 2022, at her residence. Funeral services for Ms. Cleo Naramore are scheduled to be conducted on Saturday, August 6, 2022, at 1 PM, from The Chapel of Alexander Funeral Home with Elder Ken Roark officiating. Interment will follow in The Galen Cemetery.

Visitation with the family will begin at the funeral home on Saturday, August 6, 2022, from 9 AM until service time at 1 PM.