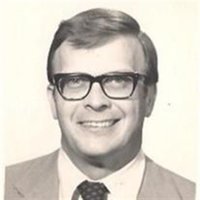 A memorial is being held for all family and friends in honor of the late Charles "Sonny" Dorris Pond, 78, husband of Suzanne Lowry Pond, at the Gallatin City Cemetery's Pond family gravesite, at 3 o' clock in the afternoon on Sunday, June 7, 2015. Charlie passed away in Lexington, Kentucky, on May 5, 2014. Born in Portland, Tennessee, on August 23, 1935, Charlie was the son of the late Charles Stewart Pond and Olivia Orlean Evelyn Dorris. He was an industrial engineer, obtaining his Bachelor's degree from Georgia Tech, and spent 43 years at Square D Company as district sales manager in Lexington, Kentucky. Everyone who knew Charlie knew that his true passion was fishing in his beloved bass boat. In his younger years, Charlie worked on the family farm and lake in Fountain Head, Tennessee, followed by attending and graduating from Columbia Military Institute and on to Georgia Tech and then as an Ensign serving in the U.S. Navy on a destroyer. He is survived by his wife of 44 years, Suzanne Lowry Pond of Lexington, Kentucky, his sister, Jean Short of Portland, Tennessee, and his son, Charles Stewart Pond of Cold Spring, Kentucky, along with three grandchildren, Morgan Ashley Pond, Charles Coleman Pond, and Madison Anne Pond, all of Cold Spring, Kentucky. He was preceded in death by his sister, Anne Clark Rector, and her son, Charlie's nephew, Hayes Clark. Charlie was blessed to have many wonderful family and friends from his childhood in Tennessee, his college years at Georgia Tech, and his years in the U.S. Navy, all who cared greatly for him and remember the "Sonny" that everyone knew and liked from all those many years ago. His family would like to invite all of these family and friends to join us to share condolences, good times, and favorite stories of "Sonny" at this Memorial of his death to be held on June 7, 2015, in Gallatin, Tennessee. Arrangements are being handled by Family Heritage Funeral Home, phone (615) 452-7115. Thank you also to all of his friends and coworkers from Lexington, Ky., who shared so much and helped him during his illness. He missed being with all of you and was so grateful when he was able to visit with you. Lynn Slates, Dee Stewart, Alex Manning, Bob Mann, Clay Wilcoxson, Mark Sweiterman, Dale Ditto, Tracy Francis, Jim Green, Peggy Edmondson, and many more who gave so much to us as a family.