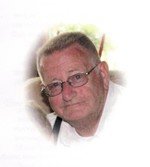 JESSE "GENE" BRITT, age 75 of South Bend, Indiana and formerly of Lafayette, Tennessee passed away on May 19, 2011. A memorial service with Military Honors and Entombment of cremains was conducted at the Haysville Cemetery in Macon County, Tennessee on Saturday, August 6, at 3 p.m. with Elder Ricky Wilson officiating. He was born on January 20, 1936 in Lafayette, Tennessee to the late Jesse B. and Julia (Russell) Britt. On April 25, 1953 in Gallatin, Tennessee, he married the former Lea Ellis, who survives. They shared fifty-eight years together and raised four children. Gene served in the National Guard of Tennessee in the early fifty's. He also was an employee of Toleda Scale Company for twenty-five years, before retiring. Gene was an avid outdoorsman and enjoyed the sports of Archery and Bowling. Gene and his wife also raised Siberian Husky show dogs, and enjoyed taking them to competitions. The dogs were good at pulling sleds in the winter snows. Gene will be greatly missed by his loving family and friends. His family requested memorials in the form of donations be made to the Pet Refuge, Inc. 2300 West 6th Street, Mishawaka, IN 46544. He is survived by; wife, Lea Ellis Britt, two daughters, Marcy Flynn and Laurie (Aaron) Toro two sons, Bruce Britt and Randy (Deborah) Britt, eight grandchildren, Dawnae, Heather, Brandon, Christopher, Angel, Joshua, Ethan and Shelby, ten great grandchildren, two sisters, Bettye Gregory and Brownie Baxendale and one brother, Donald Britt. Alexander Funeral Home, Directors, in charge of arrangements. (615)666-2189 or www.alexanderfh.com