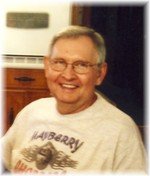 MR. PAUL BROCKETT - age 59 of Lafayette passed away suddenly on Tuesday evening September 6, from injuries sustained in an automobile accident. Funeral services for Mr. Paul Brockett were conducted Friday, Sept. 9th at 2 p.m. from the Alexander Funeral Home with Comer Meadows officiating. Interment followed in the Anderson Memorial Park. Paul was born on June 14, 1952 in Wilson County, Tennessee to the late Willard Cordell and Willa Dean Glover Brockette. Paul was a graduate of Red Boiling Springs High School. He married his childhood sweetheart, the former Shelia Robinson on December 6, 1973, sharing thirty-seven years together and raising one son and one daughter; Shelia survives. Paul was currently employed as Hatchery Processor at the Cobb-Vantress Company here in Lafayette, Tennessee. "Truly a Family Man" is what everyone would say about Paul. His family is what he revolved around. Paul enjoyed visiting his son's home, there they would get out on their four-wheelers and ride across Phillip's land. Paul, along with Shelia and Phillip went to classes and received their gun permits, so quite often they would get out and target shoot together. His children and grandbabies were his pride and joy, and it was no secret that his family loved him, too. The grandbabies never came to visit without Gandad having something for them. Paul and Shelia loved getting out with their friends riding motorcycles and going on vacation. He could spend the weekend on his bike with Shelia sitting behind him. He was a member of the Willette Church of Christ and will be greatly missed by his family and many friends. Paul leaves behind; his loving Wife, Shelia Robinson Brockette of Lafayette, TN, Son, Phillip Brockette of Pleasant Shade, TN, Daughter, Jamie (Jason) Haymaker, Grandchildren, Ashley and Megan Haymaker all of Gallatin, TN, Sisters, Ruth Kirkland of Hendersonville, TN, and Dorothy (Gary) Grissom of Gallatin, TN, several Nieces, Nephews, extended family, and a host of friends. Alexander Funeral Home, Directors, in charge of arrangements. (615)666-2189 or www.alexanderfh.com