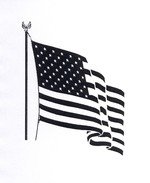 MR. JACKIE GARTH KUHN - age 60 of Dixon Springs, TN passed away on Tuesday morning, April 26, 2011 at Macon County General Hospital. Cremation was chosen and there will be no services at this time at Alexander Funeral Home. Jackie was born on January 7, 1951 in Kalamazoo, Michigan to the late Anthony and Tess Leon Berghuis Kuhn. He was in the Marines during the Vietnam War, he later worked in the Insurance business as a Sales Agent. He married the former Rebecca Eberic Kuhn on October 20, 1984, sharing twenty-six years together. Jackie and Rebecca had moved from Nashville to the Ebenezer Community in Macon County. Jackie was a member of the American Legion Post 88. He is survived by; Wife, Rebecca Kuhn of Dixon Springs, TN, and Brother, Anthony "Andy" Kuhn of Smithville, Texas