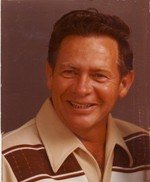 MR. JOHNNIE U. BREWER, age 85 of Lafayette, Tennessee passed away on June 25, 2011. Funeral services for Johnnie Brewer were conducted on Monday, June 27, at 2 p.m. from the Chapel of the Alexander Funeral Home with Reverend Wert Campbell and Reverend Don Jones officiating. Bill Speck and James Holland served as Honorary Pallbearers. Scotty Brawner, Casey Stevens, Brian Keith, Adam Carver, Brandon Nix, Jordan Andrews, and Jeff Brewer served as Active Pallbearers. Interment followed in the Macon County Memorial Gardens. On December 1, 1925, Johnnie was born to the late James G. Brewer and Carrie Bee Wade Brewer in Athertonville, Kentucky. He was one of eight children born to this union. Besides his parents; brothers, James Emmitt Brewer, and Authur Brewer, sisters, Clare Brewer, and Violet Brewer also preceded him in death. Johnnie married the former Geneva Lafollette on May 26, 1943. They had a wonderful life together, sharing sixty-eight years together and raising two sons and one daughter. Life started out for Johnnie in the military. He served in the Navy during World War II from February 28, 1944 through February 18, 1946. He moved his family to Lafayette, Tennessee in 1955 with Houchens Market where Johnnie was manager. In the late 50's and early 60's, he worked at Houchens in the day and started building houses at night. He became a well-known Contractor, building many homes and businesses for the surrounding areas. He never was slack with it came to work, putting in long, hard days. Johnnie had three values in life; Family, Church, and Work. His family came first in life. He always saw that his wife and children were provided for. Johnnie always told his children to take care of Mama. Johnnie was a loving husband, father, and grandfather. It always gave him great enjoy to play with his grandchildren. But, the greatest gift he leaves behind to his family is his example of how to love and trust Jesus. Johnnie was saved at age eleven and baptized in Knob Creek in Athertonville, Kentucky. He was a Deacon for many years and a loyal member of the First Baptist Church in Lafayette. Johnnie's family and church meant the world to him. They have suffered a great lost, but Heaven has gain. He leaves behind; Loving Wife, Geneva Brewer, Sons and daughters-in-law, Donald (Barbara) Brewer, and John (Linda) Brewer all of Lafayette, TN, Daughter, Janice (Paul) Dedman of Lebanon, TN, Brother, David Brewer of Hodgenville, KY, Sisters, Frances Wheeler of Paris, KY, and Alice Brown of Las Vegas, NV, Grandchildren, Tracy (Jason) Russell, Tammy (Scotty) Brawner, Troy (Vera) Brewer, Toni (Casey) Stevens, Scott (Heather) Brewer, Jeff Brewer, Jenny (Brian) Keith, Kelly Brewer, and Nicholas Brawner, 14 Great-Grandchildren and 5 Great-Great-Grandchildren, also survive. Alexander Funeral Home, Directors, in charge of arrangements. (615)666-2189 or www.alexanderfh.com