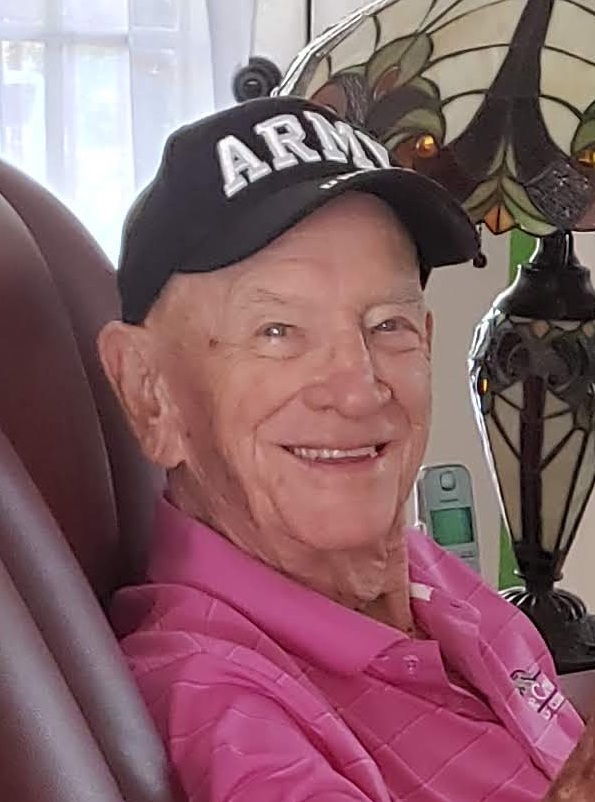 Bill Farrar passed away on October 4, 2020 at age 85. The Funeral Service is 2 p.m. Friday, October 9, 2020 at The Church of Jesus Christ of Latter-day Saints (1004 Woodridge Place), Mt. Juliet TN. Visitation at the church is from 1 p.m. until the service. The church requires masks. Interment in Hermitage Memorial Gardens. Family and friends will serve as Pallbearers. He is survived by his wife of 28 years, Paulette Farrar, children Billy Robert (Kim) Farrar Jr. “Buddy”, Patricia Farrar, and John “Trix” Farrar, step-children Eva Velazquez and Larry Lawrence, nephew Tommy (Judy) Smith, and faithful canine companion Cowboy. He is preceded in death by his parents, siblings Palmer (Dorothy) Turnedge, Lora Lee (JD) Moore, and Melba Kathleen (Graydon) Smith, and mother of his children, Julia McPhearson Farrar Barnes. Bill was born on May 23, 1935 in Lily, Louisiana to John Evin and Imor Jean Tucker Farrar. At 3 months of age, Bill and his mother were on their own, living on $15 a month alimony and child support. Imor wouldn’t take welfare, so she and her young son plowed the cotton fields with mules. He often said he had taken in enough mule farts to apply for Black Lung payments. At 8 years old, Bill would sit on a dictionary to drive the car to town; otherwise they walked the 6 miles there. They traded eggs for food. He graduated from Bernice High School and left the next day for Shreveport. His first job was unloading trucks for Sally Grocery Co., a wholesale grocery house, but he left there to make $45 a week running concessions at the Strand Movie Theater. Later, he worked briefly for Uncle Joe’s Bottling Co. after meeting the owner of Uncle Joe’s on an Air Force Base runway, then decided to try his hand at drafting. When he discovered he wasn’t good at drafting, he returned to Sally Grocery until he landed an interview for unloading trucks at the Gulf Oil warehouse. During this time, he served in the National Guard from Fort Polk LA. Bill was a skinny guy but since he had to turn over oil drums to get the job for $200 a month, he began washing cars at the Gulf Oil service station, handled driveway sales, became Assistant Manager, then Manager of the company-owned station before ending up in sales. At a sales training session in New Orleans, Bill was the only one of 22 without a college education. He always volunteered for extra shifts and lived in a small apartment under the levy of the Mississippi River. He was #1 in his class. The Board of Directors handed out sales assignments and Bill was the only one who did not get an assignment. He had to stay at the training station for another six months and then return as Assistant Manager to the station he had left as Manager. It wasn’t long before he became Manager again, then was offered a job as Dealer when the station was to be closed. He decided to take a job as clerk in the Gulf Oil office. Someone heard about all of his bad breaks and offered Bill a job in Nashville. Bill’s first company car, a Plymouth, had to be pushed because it hadn’t been started in so long. His first assignment was counting equipment in Pulaski TN. He had only one suit, and he looked sharp going into the woods and old barns in his fancy clothes, until he was told to take off the tie or he might get shot as a revenuer. He became the Tire, Battery, and Accessories Representative for the whole district in Tennessee and Kentucky, then Jobber Coordinator for Gulf Oil where 7 college graduates reported to him. He handled Gulf Oil real estate for a few months during which time he secured the location at Donelson Pike and I-40, and worked as a dealer training instructor in East Nashville. He fought discouragement because for every step forward, he had to take two back. He attended UT extension classes in Nashville and took all four Toastmaster classes in Brentwood. In his last job with the company, Bill handled hospitality, which meant he was a fixture backstage at the Grand Ole Opry, showing out-of-town jobbers the beauty of Music City. Gulf Oil sold to Chevron, then Chevron sold to Standard Oil of Ohio, then they sold to BP Oil and Bill had contracts with each sale. He was able to retire at age 50 in a buy-out plan. Bill played shortstop for the city league at Sulphur Dell in Nashville. He loved golf, especially Scrambles, and played throughout his life. His retirement years were filled with golf and travel softball games. He studied his environment with an eye for promotion; he knew every street, side street, gas price, and attraction in all the places he lived. Old time country music was the soundtrack of his life, with artist such as Porter and Dolly, George Jones, and Loretta Lynn. “Dumplin” had a country boy charm that belied his intelligence and grit. He insisted that the key to success was hard work and perseverance, and he refused to pay one dime of interest. He also believed that being on time meant you were late. He was loved and will be greatly missed. The family extends their gratitude to Alive Hospice. Please make memorial donations to your own or someone else's savings account. Sellars Funeral Home, Lebanon TN, 615.444.9393.