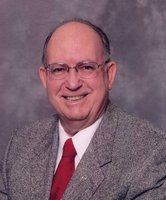 Lyndal Benton Douberly, age 81, a resident of Gallatin, Tennessee, died peacefully, surrounded by family, at the home of his daughter, Susan Mayo, on Sunday, January 3, 2021 at 10:30 pm. Lyndal was born in Lake City, Florida on October 4th, 1939 to William and Lottie Douberly. He spent much of his early years in Homestead, Florida where he graduated from South Dade High School in 1958. In 1962 Lyndal joined the Army National Guard and served his country until his Honorable Discharge in 1968. He remained in Homestead until relocating to East Tennessee where he raised his children and established himself in the local community. Lyndal’s occupation was Carpentry and he was a proud Carpenter Union Member, serving in leadership within the Union in various roles. Lyndal served on the Tri-State Carpenters Health and Welfare/ Pension Board of Trustees until retirement. Lyndal later moved to Spring City, Tennessee with his wife, Linda. Lyndal’s faith in Jesus Christ was evident throughout his life. Lyndal taught Sunday School and Bible Studies in every church he served. Lyndal loved the Word of God and felt very humbled to be able to teach to others. For over seventeen years, he was an adult Bible class teacher at Wolf Creek Baptist Church in Spring City, Tennessee. He impacted countless individuals through his steadfast service. Eighteen months ago, Lyndal and Linda moved to Gallatin, Tennessee to be closer to family. Lyndal and his wife joined First Baptist Church in Gallatin, Tennessee. They were lovingly welcomed into this church and became members of the Good News Class. Lyndal was raised a Master Mason on June 2, 1966 where he remained active for over 50 years. HIs prominent years were spent as a member of the Rhea Springs Lodge #310 in Spring City, Tennessee, culminating with his appointment as Worshipful Master. He was also a life member of the Royal Arch Masons of Tennessee, the Plateau Commandery # 38, the Knights Templar in Crossville, Tennessee, the Cherokee York right college #152, The Drummond Council #86, the Cryptic Masons in Crossville, Tennessee and The Alhambra Shriners in Chattanooga, Tennessee. After retiring from the Carpenters Union, Lyndal served the Shriners for seven years transporting children to the Shriner’s Hospital in Lexington, Kentucky. Lyndal received many awards and certificates for his years of service. Lyndal Benton Douberly lived a life of loving his family, sharing his ever present faith in Jesus Christ and by giving his time, energy and resources to his church and above mentioned service organizations. Lyndal was known for his dry wit and enjoyed to lovingly ruffle someone’s feathers from time to time, all in good humor. Lyndal loved good food and one of his favorite things to do was to go out to eat at his favorite restaurants. Lyndal would always place God and family first, his love for the University of Tennessee Volunteers second, and classic country music third. Lyndal was proud of his knowledge of classic country music along with a vast collection of music dated back to the 1930’s. If there was trivia to be known about classic country music, Lyndal knew it and wouldn’t mind sharing it, whether asked to or not. Lyndal is preceded in death by his wife of 19 years, Linda Douberly, both of his parents, William and Lottie Wilson, his sisters Laveda Douberly and Gearleen Jones. Lyndal is survived by his daughter Debbie Wilson (Mike), his son Daniel Douberly, and his daughter Susan Mayo (Greg), along with five grand-children and his sister, Celia Winkelman of Jacksonville, Florida. Lyndal is a beloved Uncle to countless nieces and nephews. He is also a cherished cousin, friend and brother in Christ to too many to mention. Visitation will be held on Saturday, January 9, 2021 at 2 pm in the afternoon at Family Heritage Funeral Home in Gallatin, Tennessee. The funeral will follow at 3 pm with Paul Forgey, pastor at Wolf Creek Baptist Church, presiding. In lieu of flowers, please make memorial contributions to Shriners Hospitals for Children Medical Center in Lexington, Kentucky. Obituary written by Susan Mayo. Online condolences may be submitted at familyheritagefh.com. Family Heritage Funeral Home has been honored to assist the family.