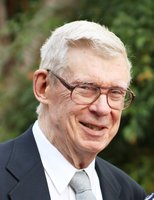 Charles William (“Bill”) Nestor, Jr., age 89, died peacefully on Monday, January 11, 2021, in Hendersonville, TN. Bill was born on March 12, 1931, in Nashville, Tennessee, the son of Charles William Nestor, Sr., and Frances Eugenia Rollow Nestor. Bill is survived by five children and their spouses: Nell Nestor and Steve Yeldell, Hendersonville, TN; Bonnie Nestor and Charles Crume, Oak Ridge; John Nestor and Theresa Donahoe, Bridgewater, NJ; Will Nestor and Karen Oakley, Phenix City, AL; and Anne Nestor and Alan Cady, Middletown, OH. Treasuring the memory of their beloved “PaBear” are nine grandchildren, David Johnson, Laura Arneson (Marcus Arneson), Sarah Yeldell (Todd Watts), Elizabeth Morgan, Kay and Anna Nestor, and Abigail, Andrew, and Angus Cady, and five great-grandchildren, Daniel and Alexander Morgan, Micah and Aerin Watts, and William Rolf Arneson. He met his future wife, Sibyl Whelchel, at a dance held by Columbia Military Academy in Columbia, TN, from which he graduated in 1948. Bill was a nuclear physicist who spent most of his career at Oak Ridge National Laboratory in Oak Ridge, TN. Bill and Sibyl were married in 1952 and moved to Oak Ridge, TN, in 1953 so that Bill could attend the Oak Ridge School of Reactor Technology (ORSORT). His formal academic credentials, including a doctorate in physics, were earned at Vanderbilt University, but the ORSORT diploma proclaiming him a DOPE (Doctor of Pile Engineering) was one of his prized possessions. After Bill graduated from ORSORT, he and Sibyl moved to Livermore, CA, where he worked at the newly established Livermore Radiation Laboratory. They returned to Oak Ridge in June 1955, where Bill joined the Reactor Experimental Engineering Division of Oak Ridge National Laboratory (ORNL). As his research interests evolved from reactor physics to computation, he transferred to the Mathematics Division, working with researchers across ORNL on a wide variety of scientific and technical problems. In the early 1980s, Bill and Sibyl moved out of Oak Ridge to a house they built in the Merriwater Homepark on Watts Bar Lake near Kingston, TN. He retired in 1992 but returned to ORNL as a consultant in 1993, working closely with Subramanian Raman for several years on nuclear structure physics. A few months before Sibyl’s death in 2015, they moved to an assisted living facility in Gallatin., TN. He was a member emeritus of Sigma Xi and maintained an active interest in science until his death. A private funeral service will be held at St. Joseph of Arimathea Episcopal Church in Hendersonville. Interment of ashes at St. Stephen’s Episcopal Church in Oak Ridge will take place at a later date. In lieu of flowers, memorials may be made to Planned Parenthood, the Society for Physics Students, or a charity of the donor’s choice. The family extends its warmest thanks to Dr. Raul Couret and Willowbrook Home Health. Arrangements by Sellars Funeral Home at Hendersonville, 108 Monthaven Blvd., Hendersonville, TN 37075, 615-265-8535, obit line, 615-758-8818, www.sellarsfuneralservices.com.