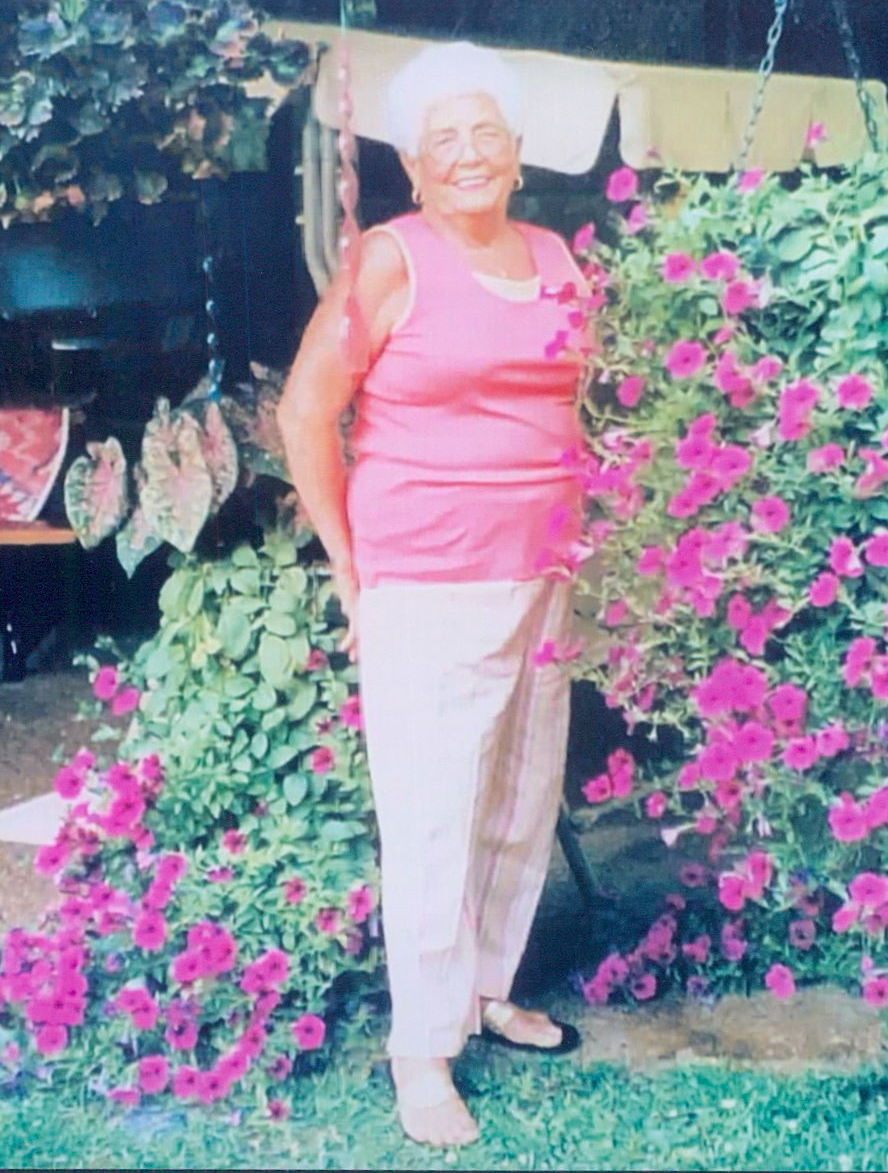 Bonnie Jean Boone Sloan entered this life on Friday, July 6, 1928 and was welcomed to her Heavenly home on Saturday, July 17, 2021 at the age of 93. Bonnie was preceded in death by her beloved husband, Harold Glenn Sloan; parents, Walter Thomas and Eva Sue Williams Boone; sisters, Ida Mae Boone Stone, Christine Eve Boone Mir; brothers, William Towell “W. T.” Boone, Macie Williams Boone, Walter Leonard “Pat” Boone, Robert Buchanan “Doody” Boone, Howard Hunt Boone, Elmer Martin Boone, and Thomas Conway “Buck” Boone. She is survived by her son, Walter (Lisa) Sloan; granddaughters, Taylor (Austin) Sloan Jett and Emilie Sloan; great-granddaughter, Sloan Emerson Jett. Bonnie was born in Aunt Choate’s quaint farmhouse on Stop 30 Road in Hendersonville. She was raised by her strong, hardworking mother after her father was killed in an accident on Saundersville Road when Bonnie was two years old. She met Harold, the love of her life, at a high school basketball game. He showed up on her momma’s front porch two nights later and their love story that spanned 51 years began. Bonnie and Harold were married on January 28, 1950 at the Goodlettsville Methodist Parsonage. The private ceremony was attended only by Harold’s brother and sister-in-law Charles and Mary Elizabeth Sloan. They started their life together in the upstairs apartment of Ms. Mollie Dixon’s home on Shivel Drive. They soon built their dream home on Forest Retreat Road and completed their family when their son Walter was born. She worked for several years at DuPont but her true talent was as a wife, mother, and homemaker. She made the most delicious buttermilk biscuits without measuring a thing. Her yard was immaculate and her flower beds overflowed with buttercups, iris, and her treasured peonies, many of which she had transplanted from her mother’s garden. No one got their monies worth out of a broom more than her as she chased unruly leaves from her patio and drive. She was blessed with lifelong friends Oscar and Mildred Minchey, Dan, Andy, Casey, and Carrie Stupka, and Rena Woodard and her late husband Jack. She cherished all the fun times spent with her beloved cousins, nieces and nephews and their families. Bonnie treasured her granddaughters Taylor and Emilie, whom she lovingly referred to as “my girls”. She taught them how to be silly, stand up for themselves, and that it was ok to get their hands dirty. She never let them leave from a visit without a kiss on the cheek and a “MeMe loves you”. Some of the sweetest times in her last few months were those when her great-granddaughter Sloan came to visit. Although they were few and brief, they held a lifetime of love. Bonnie never lost her sense of humor, quick wit, and love for music. There is no doubt she danced her way into Heaven; excited to see her sweet Harold and those she had missed so dearly. Her family extends their warmest thanks to the staff at Main Street Senior Living for the loving care they provided to Bonnie. A Celebration of Life Service will be held at Sellars Funeral Home on Wednesday, July 21st at 2 PM with Pastor Jeff DeWees officiating. Interment will follow the service at Hendersonville Memory Gardens with family serving as pallbearers. Visitation with the family will be Tuesday, July 20th from 4-8 PM and Wednesday, July 21st from 1 PM until time of service. The family welcomes flowers; however, in lieu of flowers please feel free to make a donation to the charity of your choice in Bonnie’s memory.

Share Your Memory of
Bonnie
Upload Your Memory View All Memories
Be the first to upload a memory!