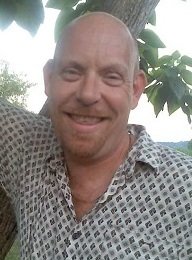 In lieu of flowers, memorials made to made to Family Heritage Funeral Home to assist the family with expenses.

Billy Wayne Boner, age 49 of Bethpage, passed away Wednesday, July 28, 2021. Celebration of Life Service, with Military Honors, will be Saturday, August 7th at 2:00 p.m. in the chapel of Family Heritage Funeral Home, with Bro. Jerry Peace officiating. Visitation will be Saturday, August 7th from 12:00 p.m. until time of service at 2:00 p.m. In lieu of flowers, memorials made to made to Family Heritage Funeral Home to assist the family with expenses. Mr. Billy Boner was born April 25, 1972 on the United States Military Base in Rota, Spain. He is preceded in death by father, William Boner. He is survived by daughters, Courtney Boner of Gallatin and Royce Anne Boner of Gallatin; mother, Elizabeth Ann George Cook (Thomas) of Bethpage; fiancé, Corinne Ann Marie Swenson of Bethpage; brother, James Robert Boner of Bethpage; step-brother, Donald Bullis of Arkansas; step sisters, Catherine Adams of Texas and Dannielle Scott (Thomas) of Hartsville; and 1 grandchild, Axel Lee Baker. Mr. Boner served our country in the United States Navy. He worked as a Tool and Die Maker for many years and was the owner of Precision Sharpening for 15 years. Online condolences may be submitted at familyheritagefh.com. Family Heritage Funeral Home has been honored to assist the family.

Share Your Memory of
Billy Wayne
Upload Your Memory View All Memories
Be the first to upload a memory!