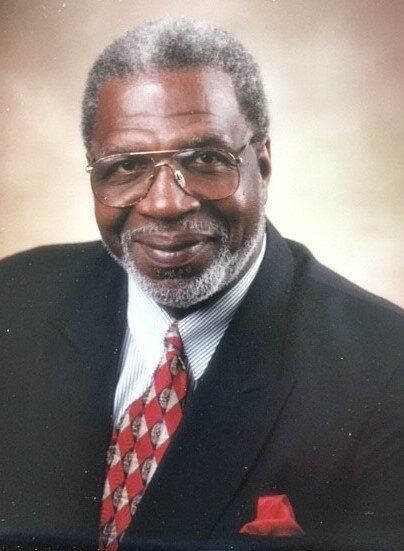 Please share a memory of Walter to include in a keepsake book for family and friends.
View Tribute Book
“The length of our days are threescore years and ten; and if by reason of strength they be fourscore, yet is there strength labour and sorrow, for it is soon cut off and we fly away.” Walter’s labour ended in sorrow for his family on September 20, 2021 – ten days short of his fourscore and one birthday as he died at his Hendersonville home. He was born on September 30, 1940 in Bessemer, AL and is preceded in death by grandparents, Jeanette and William Steele, mother and stepfather; Julia and Jake Scott; sister, Rosa Matthews. Walter attended Dunbar High School in Bessemer, AL; Dillard University in New Orleans, LA, graduating with a degree in Petroleum Engineering from Nicholls State University in Thibodeaux, LA. He was baptized at the Louisa Street Church of Christ in New Orleans. A member of the Schrader Lane Church of Christ in Nashville where he was an elder for over twenty years; his church family and position brought him much joy and fulfillment. Mr. Steele served a stint in the U.S. Army with assignments stateside and Korea. He was employed many years with Humble Oil and Gas (Exxon) serving in foreman and supervisory positions. He retired from Exxon; was employed until final retirement by Talos Oil in 2016. Those employees who had the opportunity of working with and/or reporting to him have described him alternately as: “the guy with the big voice who meant business and whose dos and don’ts are still posted on the wall, ‘a father figure’, ‘a great man’, ‘a great friend’ and ‘one of the kindest men I ever had the privilege to know and work for.” He was generous to a fault with his family. Left to cherish his memory and relish his legacy are: his spouse, Earlie Biddings Steele; daughter, Jeanne Steele Jones, son-in-law, David Holley Jones, daughter, Chelsea Elise Gentry-Steele, grandson, Jailen Christopher Dean Page, whose mere pronouncement of “Papa” thrilled and filled his life. Also survived by sisters-in-law: Elza Biddings Horton, Levetta Biddings Kelly, Deborah Biddings Smith (Frederick); brothers-in-law: Earl Biddings (Nadine), and Al Biddings (Inga), along with several nieces and nephews. At his request, Walter was cremated and no formal service is planned. The cremains will be scattered over the waters of the Gulf of Mexico where he spent so much time in oil exploration and production and developed a unique camaraderie and bond with his fellow coworkers in the oil field. Special thanks to the caring staff of Alive Hospice, special duty nurse and friend, Helen Burns as well as his church family – the Schrader Lane Church of Christ. In lieu of flowers, please send donations to the David Jones, Jr. Assisted Living Center of the Schrader Lane Church of Christ, 1234 Schrader Lane Nashville, TN 37208 or the American Cancer Society. Arrangements by Sellars Funeral Home at Hendersonville, 108 Monthaven Blvd., Hendersonville, TN 37075, 615-265-8535, obit line, 615-758-8818, www.sellarsfuneralservices.com.
Add Condolence

Share Your Memory of
Walter
Upload Your Memory View All Memories
Be the first to upload a memory!
Share A Memory