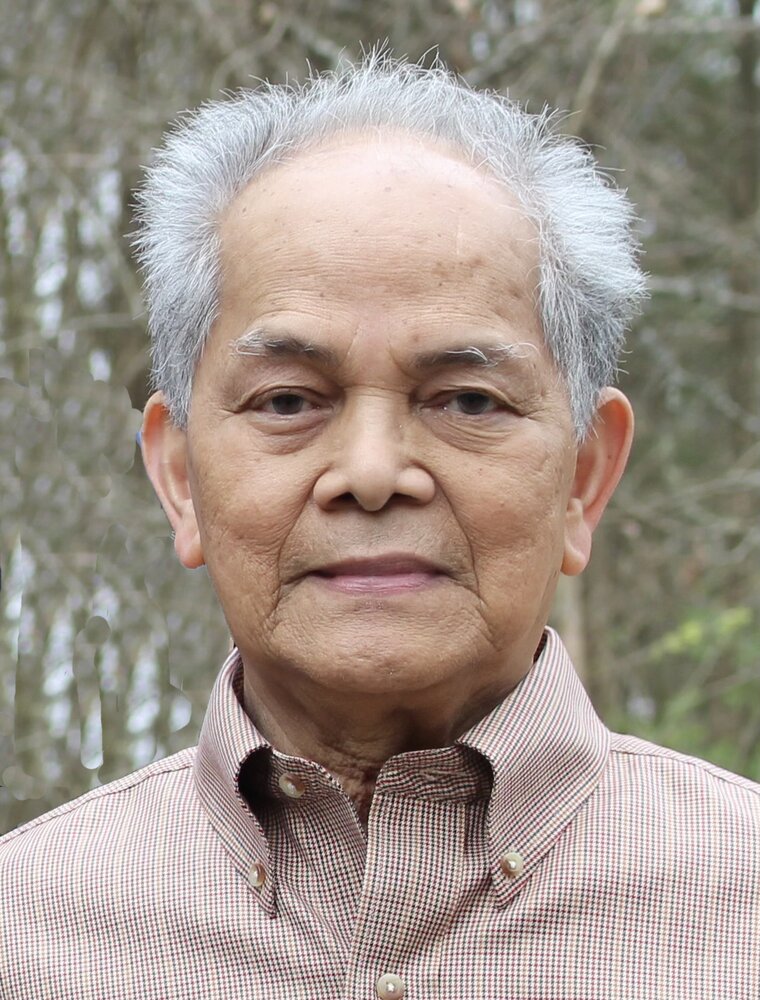 Antonio Maxamino Galsim “Tony” Estrada, Sr. Born the 6th of twelve children to Dr. José Sociano “Pepe” Estrada and Leonidas “Leoning” Sison Galsim on February 21, 1936, in Manila, Philippines, Antonio Maxamino Galsim “Tony” Estrada, Sr. passed away at home on September 26, 2021 from complications due to cancer and kidney failure at the age of 85. Escaping Manila to hide in the countryside, Tony’s family survived the invasion of the Japanese during World War II while his father was a prisoner of war. After graduating from high school at San Sabastian College in Manila in 1955, Tony worked for a time as a carpenter before enlisting in the United States Navy in 1958. He was stationed in Annapolis, MD, and Washington D.C., and served aboard the USS John Basilone, which unexpectedly was caught up in the Cuban Missile Crisis while on training operations out of Guantanamo Bay in the fall of 1962. He received an Honorable Discharge and the Navy’s Good Conduct Medal in 1964. He married Mary Lee Johnson in 1960 and settled in Baltimore to raise a family. He became a naturalized citizen of the United States in 1970 and was always proud to be an American. He became a member of the Knights of Columbus in 1973. After working hard for many years, he retired from the Coca-Cola company in Salisbury, MD. In 2012 Tony moved to Tennessee to be close to family. He became a very active member of the Lebanon Senior Center where he won First Place in the Annual Horseshoe Tournament in 2016. His favorite pastimes were praying, dancing, playing cards, socializing and watching movies. He was preceded in death by his parents, Dr. José (1947) and Leonidas Estrada (1983); his wife, Mary Lee Johnson (1994); his daughter, Maureen Estrada (1965); his son, Joseph Estrada, Sr. (2018); one sister, Teresita (Victorino) Mañalac (1995); and four brothers, José Estrada Jr. (2001), Ramon Estrada (1997), Angel Estrada (2001) and Rafael Estrada (2019). He leaves behind his sons, Antonio (Angela) Estrada, Jr. of Lebanon and Tomás (Glenda) Estrada of San Francisco, CA; five sisters, Rita (Alfredo) Talavera of the Philippines, Sister Maria Joseph (Cecelia) of Massachusetts, Esperanza (Dario) Villamaria of Australia, Remidios (Frank) Ash of Texas, Rosario (Francisco) Borja of Texas; and one brother, Pedro (Charito) Estrada of Florida. He is also survived by seven grandchildren, Melissa Estrada, Joseph Estrada Jr., David Brown, Nicholas “Alex” Estrada, Mark Estrada, Specialist US Army Jesse Estrada and Daisy “Amalia” Estrada; as well as three great-grandchildren, Zachary Estrada, Elizabeth Estrada and Anthony Estrada; along with a devoted daughter-in-law, Pat Estrada and many nieces and nephews. Tony was a member of St. Francis Cabrini Catholic Church and will be buried in Baltimore National Cemetery alongside his wife and daughter at a later date. In lieu of flowers, please make donations to the Lebanon Senior Center where he spent many, many happy days with friends. Arrangements by Sellars Funeral Home at Mt Juliet, 2229 N Mt Juliet Road, Mt Juliet, TN, 615-758-5459, obituary line 615-758-8818, www.sellarsfuneralservices.com

Share Your Memory of
Antonio
Upload Your Memory View All Memories
Be the first to upload a memory!
Share A Memory