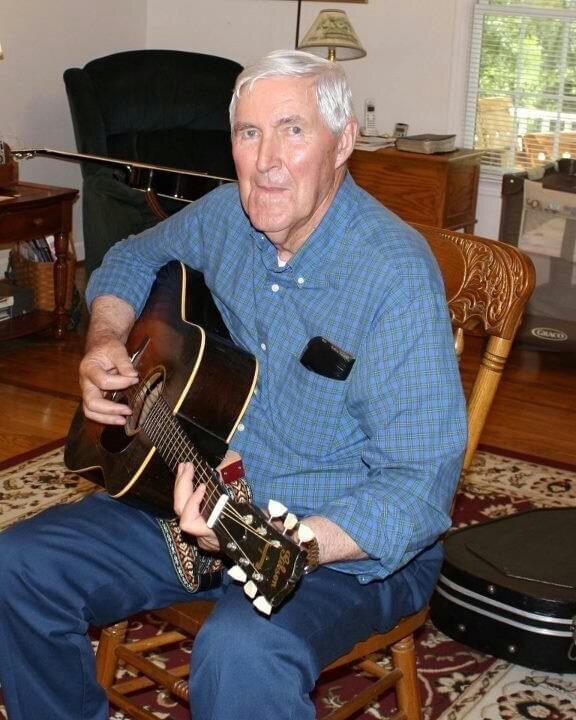 Obituary of Ralph A. Neal

Ralph A. "Buddy" Neal 1934-2021 Bro. Buddy Neal was born on September 15, 1934 and passed away at his residence on November 3, 2021, around 9:30 am. Buddy is survived by his wife of 65 years, Thadelle Alexander Neal; four children: Ralph E. Neal, Lisa Ann (Brian) Crowder, Dr. John Randall (Kim) Neal, and Vicki Lynn (Wayne) Evans. Buddy is also survived by his grandchildren: Anna, Rebekah, and John Neal; Andrew Crowder; Kelly Grace, Caroline, and Waylon Evans; as well as numerous nieces and nephews. Mr. Neal was preceded in death by his parents, Gus and Oneida Neal, and his siblings: Geneva Hunter, Rollie Neal, Sam Neal, Peggy Smith, and Marjorie Brittain. Buddy was a family man and was delighted to hear all the accomplishments of his children, grandchildren, and his extended family. Buddy was a great storyteller and loved telling jokes and laughter. Buddy was a graduate of Donelson High School (1952) and spent time in the U.S Naval Reserve and active duty from around 1952-1957. He was a retired farmer and preacher, having operated a dairy on Stones River from 1952-1965 (until the lake forced him to move) and later in Smyrna from 1965-1986. He also had a farm he worked in Lebanon until around 1995. Buddy loved walking the trails of Long Hunter State Park, where his old family farm is today. He would say as he walked the woods that this was as close to home as he would ever be. Buddy was a minister at heart and served congregations throughout middle Tennessee for over 50 years, preaching in meetings and teaching in V.B.S. He first preached at Vesta Church of Christ and later served at Stewarts Creek (1966-1975), Walter Hill, Rock Hill, Corinth, and Center Chapel. Buddy attended Murfreesboro School of Preaching in the early 70’s and later was asked to come back and teach. Buddy took up woodworking in his retirement years and built furniture for family and friends, as well as churches (Corinth Church of Christ and Pearlington, MS). Special thanks to the doctors and nurses that cared for him over the last few months: Dr. Mertens, Tennessee Oncology (Dr. Hemphill), as well as the staff of Alive Hospice. Special thanks to the friends (Marty & Pam; Joe and Diana) who were always there when he needed help, and to the many friends who gave him rides to his Dr. appointments. In honor of Bro. Buddy please make memorial contributions to Churches of Christ Disaster Relief, Inc., https://www.disasterreliefeffort.org/, Alive Hospice, and Center Chapel Church of Christ. The Funeral Service will be held on Saturday, November 6th at 1:30pm at Center Chapel Church of Christ with Dr. John Randall Neal, Trevor Haley, and Jacob Strait officiating. Interment will be following the service at Maple View Cemetery, 411 Maple Street, Smyrna with Charlie Smith, Neal Smith, David Neal, Anthony Neal, Tommy Gentry, Bruce Gentry, Andrew Crowder, John Neal, Austin Brown, Marty Hoover, and Joe Parke serving as pallbearers, and David Lee, Lynn Lee, Wayne Lee, Eric Smith, Tim Gentry, Paul Gentry, Russ Davis, and Center Chapel Church of Christ Elders serving as Honorary pallbearers. The Visitation will be held on Friday, November 5th from 4-8pm and on Saturday, November 6th from 12pm until time of service at 1:30pm at Center Chapel Church of Christ. Arrangements by Sellars Funeral Home at Mt. Juliet, 2229 N. Mt. Juliet Road, Mt. Juliet, TN 37122, 615-758-5459, obituary line 615-758-8818, www.sellarsfuneralservices.com

Share Your Memory of
Ralph
Upload Your Memory View All Memories
Be the first to upload a memory!
Share A Memory