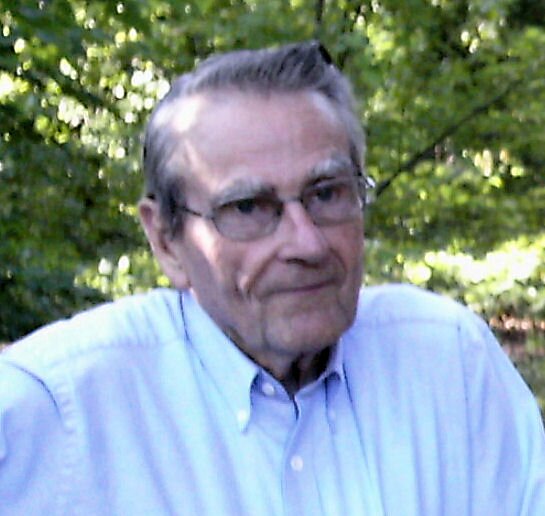 William Robert (Bob) Porter, 86, of Mt. Juliet passed away on November 29th in Murfreesboro, Tennessee. He was a loving husband, a dedicated father, a proud grandfather, and a devout Christian. Robert was born in Houston, Mississippi to Gilbert Bertram and Maybelle Brown Porter on July 4, 1935. He was a proud veteran of the Korean war, serving in the Navy aboard the USS Essex. Early in his career, he worked for RCA, supporting the missile test project in Cape Canaveral, Florida. After moving to Tennessee, he enjoyed a long career at DuPont in Old Hickory, retiring as a division engineer. After retirement, he worked at Barge, Waggoner, Sumner & Cannon as an environmental design engineer. He also worked as an independent engineer, supporting the design and operation of the Clear Fork Water Treatment Plant in East Tennessee. Robert was a devoted member of Silver Springs Baptist Church for over 55 years, where he was called to serve as Deacon and numerous other roles. He was a strong supporter of church outreach and enjoyed the many Mission trips to help build churches and repair homes in storm damaged areas. He was also a long-time member of the Gideons International and a regular member of their jail ministry in Wilson County. Robert was a habitual fixer of broken things and was an avid gardener. His vegetable garden was a source of pride and he enjoyed sharing its bounty with friends and neighbors. Tomatoes, which he loved to share and eat, were a specialty. He also enjoyed growing various hot peppers, which he never ate, sharing them in homemade hot sauce. For several years, he proudly entered the fruits of his labor in the Wilson County Fair, winning several blue ribbons. He is survived by his wife of 60 years, Joyce Brand Porter; his son, Richard (Jackie) of Fredericksburg, VA; and grandsons, Dylan and Casey. Robert was preceded in death by his son, Robert Paul Porter, and his siblings, Sarah Sherrill, Estelle Stott, and James Porter. The Funeral Service will be held on December 3rd at 1pm at Silver Springs Baptist Church with Brother Russ Stephens and Pastor Will Turner officiating. Visitation will be held at Silver Springs Baptist Church on December 3rd from 12pm until time of service at 1pm. A private family only interment will follow the service. The family kindly asks for masks to be required unless medical purposes prohibit you to wear one. Robert believed that flowers were weeds because you couldn't eat them. So, in lieu of flowers, memorial donations can be made to The Silver Springers Senior Adult Ministry, ℅ Silver Spring Baptist Church, 9938 Lebanon Road, Mt Juliet, TN 37122, or to the Gideons International. The family wishes to extend their heartfelt gratitude to the Silver Springers Senior Adult Ministry, their church family at Silver Springs Baptist Church, their dear friends and caregivers for their thoughtful support and generosity. Arrangements by Sellars Funeral Home at Mt. Juliet, 2229 N. Mt. Juliet Road, Mt. Juliet, TN 37122, 615-758-5459, obituary line 615-758-8818, www.sellarsfuneralservices.com

Share Your Memory of
Robert "Bob"
Upload Your Memory View All Memories
Be the first to upload a memory!
Share A Memory