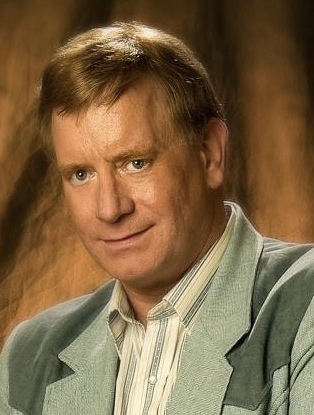 Ronald Lee DeMoor, known professionally as Johnny Counterfit, passed away Wednesday, April 6, 2022, at Vanderbilt Wilson County Hospital in Lebanon, Tenn. The visitation will be on Sunday, April 10, from 4-8 p.m. at Sellars Funeral Home, Lebanon. A funeral mass will be held at 1 p.m. on Monday, April 11, 2022 at St. Frances Cabrini Catholic Church, Lebanon. Visitation at the church on Monday is from noon until time of the service.

He is survived by his children, Elise DeMoor and John DeMoor of Lebanon, Tenn.; brother Dennis of Lacey, Wash.; sisters Donna Shawn (Kelly) of Milwaukie, Oregon, and Cheryl Mills of Oregon City, Oregon; and sister-in-law Becky Zenkowich of Rocky Mountain, North Carolina, along with numerous nieces and nephews.

He was preceded in death by his parents and twin brother, Donald DeMoor.

Born March 24, 1956, in Omaha, Nebraska, to Robert and Catherine (Bogacz) DeMoor, he moved to Portland, Oregon, with his family at age 3 and graduated from Franklin High School in 1974.

An impressionist, singer, comedian, and actor, he established his stage name of Johnny Counterfit in his early 20s. He began impersonating cartoon characters as a child and expanded his repertoire to over 150 voices, including Johnny Cash, Hank Williams, and Frank Sinatra.

In the 1980s, he appeared on a CBS Christmas Special and on ABC’s America’s Funniest People. In 1993, he moved to Nashville and within a year was on The Nashville Network. Over the course of his 40-year career, he performed across the world, including on the White House lawn in 2000 with President Bill Clinton in attendance. He did television and radio commercials and had a starring role in the CBS television special A Claymation Christmas Celebration, which won an Emmy. He also had a small, on-camera role in the 2019 movie Patsy & Loretta.

He enjoyed studying American history, economics, and current events as well as writing songs, comedy, and books, including a published novella, JFK — Averting the Assassination.

Share Your Memory of
Ronald
Upload Your Memory View All Memories
Be the first to upload a memory!
Share A Memory