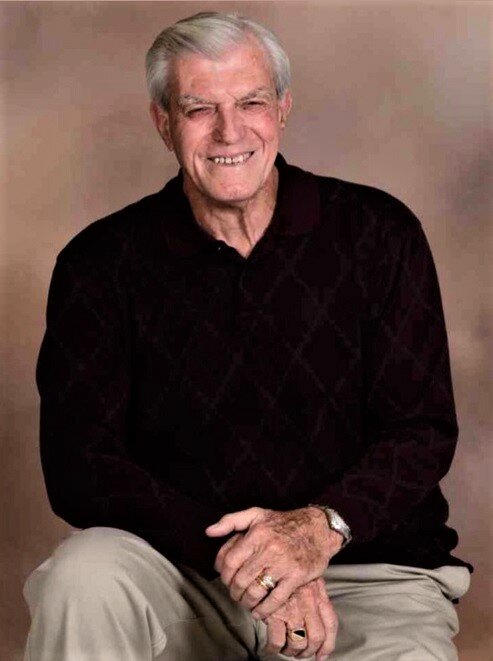 James Daniel (Dan) Phillips went to be with his Lord and Savior Thursday May 26, 2022. He was a loving husband, father and Pa. Some of his favorite things included building, mowing, helping others, working on cars, catching up with friends on the phone, and most of all being a Pa. Dan attended Nashville Auto Diesel college and worked on boats, until he went to work for Tractor Supply Company, where he later retired after 35 years. After serving as a deacon in many churches, he is a current member at First Baptist Church of Gallatin. Dan was born March 3, 1940 in Kentucky, to the late Noble and Louise Phillips. He is also preceded in death by his son in law, Patrick Tucker. He is survived by his wife of 64 years, Martha Canary Phillips; his children Leslye Phillips Tucker, James Phillips, and Nickie Phillips; grandchildren Lauren (Ben) Grant, Cayce (Shane) Tilley, and Bailey (Reed) Glover; great-grandchildren Kenley Grace Tilley and Oakley Michael Tilley. Visitation will be held at Family Heritage in Gallatin, TN on Tuesday, May 31st from 3:00 – 7:00 p.m. and Wednesday, June 1st from 12:00 p.m. until time of service at 2:00 p.m. The service will take place on Wednesday, June 1st at 2:00 p.m.at Family Heritage. He will be laid to rest at Crestview in Gallatin, TN.  Online condolences may be submitted at familyheritagefh.com.

Share Your Memory of
James Daniel "Dan"
Upload Your Memory View All Memories
Be the first to upload a memory!
Share A Memory