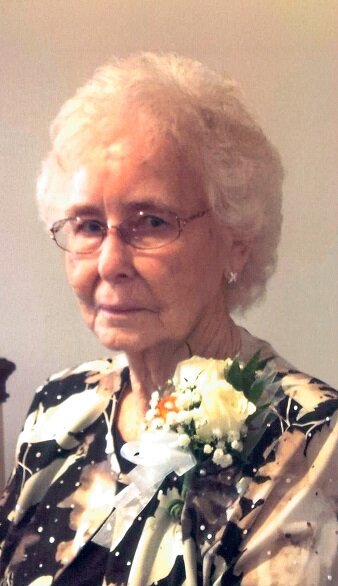 In lieu of flowers the family has requested that donations be made to ARC of Tennessee or Gideons International @gideons.org.

Zelma Howell went to be with the Lord on her 93rd birthday. She died peacefully at her home. There will be a graveside service for her family officiated by Pastor Chad Scruggs. Mrs. Howell’s pall bearers will be Adam Arnold, Steve Corn, Mike Glascock, Trey Howell, Keith Killgren and Anne Weese. In lieu of flowers the family has requested that donations be made to ARC of Tennessee or Gideons International @gideons.org.

Mrs. Howell was born May 28, 1929 in Castalian Springs to the late William Guy Birdwell and Edith Myrtle Cherry Birdwell.  In addition to her parents, she is preceded in death by husband, J. L. Howell; brothers, William Birdwell and Robert Birdwell; and sisters, Estelle Black, Rowena Lassiter, and Betty Moss.  She is survived by children, Bob Howell (Diane) of Williamsburg, VA, Vicky Howell Graves (David) of Gallatin, and Jay Howell (Kim) of Grovetown, GA; brother-in-law, Billy Moss of Gallatin; 7 grandchildren, Sandje Corn (Steve), Chad Scruggs (Jada), Kara Arnold (Adam), Jennifer Killgren (Keith), Claudia Weese (Anne), Trey Howell, and Lauren Glascock (Mike); and 18 great grandchildren.  Mrs. Howell retired from Eaton, Yale, and Towne after 29 years of service.  The family would like to give special thanks to her caregiver, Johnetta Harper and to Adoration Hospice for her transitional care.

Online condolences may be submitted at familyheritagefh.com.   Family Heritage Funeral Home has been honored to assist the family.

Share Your Memory of
Zelma
Upload Your Memory View All Memories
Be the first to upload a memory!
Share A Memory