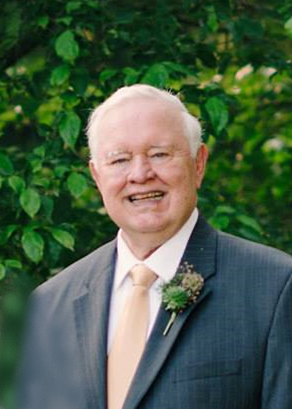 Warren was part of the first graduating class of Madison High School in 1956 and married his sweetheart Earlene in 1957. He was involved with the Masonic Lodge of Madison for many years. He was a member of Hermitage Hills Baptist Church since 1964 as well as Lincoya Hills Baptist Church and Donelson First Baptist Church when they lived in Donelson. Warren served as Deacon, Chairman of Deacons, sang in the choir and enjoyed serving on the sound team; while at Donelson First Baptist, Warren enjoyed cooking and serving breakfast for Room in the Inn. Warren was the only male member of “Warren and the Ding-a-Lings” handbell choir led by Dan Arterburn at Hermitage Hills. He and Earlene traveled to Venezuela on mission in 1987 to help build a mission church. Warren and Earlene received the Thomas Frist Humanitarian Volunteer of the Year Award at Summit Medical Center in 2010 for 15 years of service; and volunteered for the American Red Cross Disaster Action Team and the Tennessee Baptist Disaster Relief for several years.

The family expresses our deep gratitude to all the caregiving providers at Harmony of Mt. Juliet, Avalon Hospice, and especially the nine grace-filled, compassionate, private care providers who lived with our father 24 hours a day, seven days a week for the last two months of his life.

The family requests that in honor of Warren, please donate to the charity of your choice.

Celebration of Life Service will be at Sellars Funeral Home at 2229 N. Mt. Juliet Rd., Mt. Juliet, TN 37122. Visitation is at 10:00 am, with the service beginning at 11:00 am. Interment will follow for family only at Mt. Juliet Cemetery.