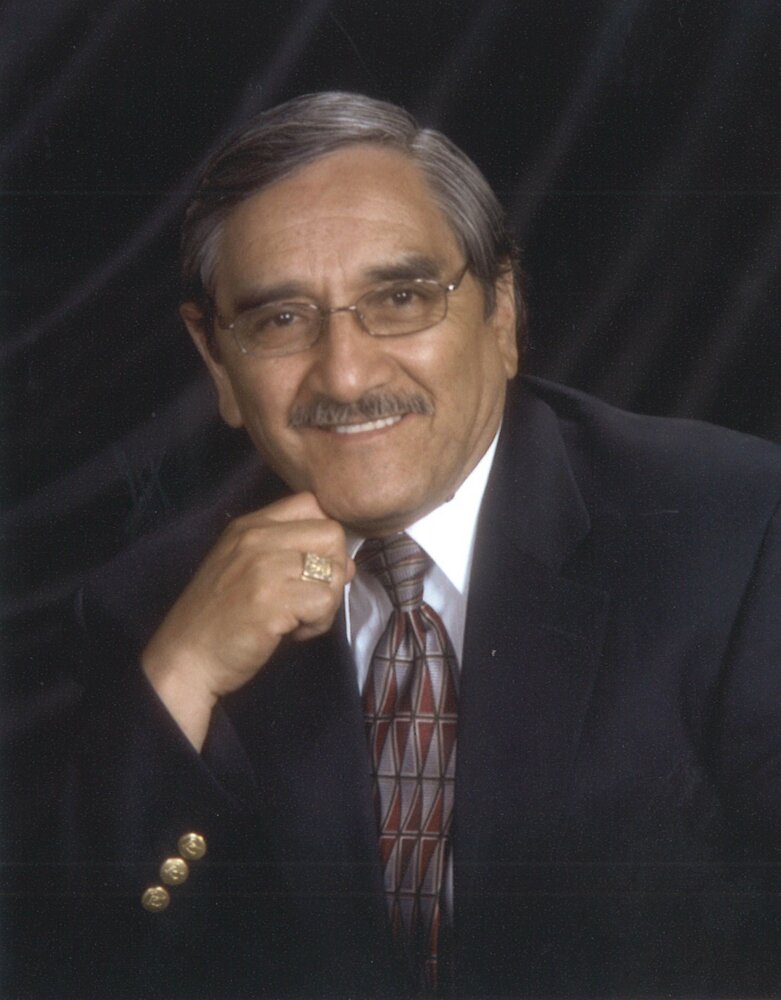 BUSTILLOS, Luis Alfonso “Louie”, age 78 of Old Hickory, TN, went to be with the Lord our Savior, Mother Mary and all the Saints on July 8, 2022. He was preceded in death by his parents, Jose Luis and Elvira Bustillos Bustillos.

From 1965-1967, Louie served in the U.S Army as a Quartermaster Specialist. In 1971, while working as a data operator for Safeway Stores, he met his soon-to-be wife, Elaine, in Jessup, MD. They married the following year in August of 1972. In 1978, he moved to TN and worked as a data operator for CB Ragland as well as several local banks. In the late 90’s, he took a position with Metro Courts as a translator & interpreter. Louie worked as a Probation Officer with the Metro Davidson Co. Courts until his retirement in 2013.

Louie was always willing to lend a hand and help anyone in their time of need, whether through conversation, lending an ear, or an engulfing hug (Louie gave the BEST hugs!). He was passionate about volunteering for his community. Some of his volunteer efforts included: Instructor for domestic violence classes, substance abuse counselor, marriage preparation class moderator, baptism preparation classes for the Hispanic community, Habitat for Humanity, Room In the Inn, and so many other volunteer efforts for St. Stephen Catholic Community which was very dear to his heart. He was especially passionate about the many years he served as Sacristan for St. Stephen.

Louis was one of the co-founders of the Nashville Area Hispanic Chamber of Commerce. He worked closely with Fr. Breen of St. Edwards Church to help establish the Hispanic Catholic Community in the Nashville area as well as started the English as a Second Language (ESL) program. He was a member of the Catholic Radio Network and assisted with translating videos into Spanish. His involvement with the Knights of Columbus was very dear to his heart.  Louie was instrumental in working with the Knights to bring the Silver Rose pilgrimage to the state of Tennessee

Louie enjoyed tennis and soccer. He often coached and refereed for the NYSA. He also participated with the Old Boys Soccer and Hispanic leagues. Louie never met a stranger and always had a smile and hug for everyone.

Visitation will be held Friday, July 15, 2022, from 4:00 pm to 7:00 pm at St. Stephen Catholic Community.  A Funeral Mass will be held Saturday, July 16, 2022, at 11:00 am at St. Stephen Catholic Community, with an additional hour of visitation beforehand beginning at 10:00 am. The family requests that donations be made in Louie’s memory to St. Stephen to complete a project that he had been working on for the Church that was near and very dear to his heart. Visit this link to donate https://osvhub.com/saintstephencommunity/funds - Please choose Memorials and note in comments "Luis Bustillos Statue Fund".

Share Your Memory of
Luis
Upload Your Memory View All Memories
Be the first to upload a memory!
Share A Memory