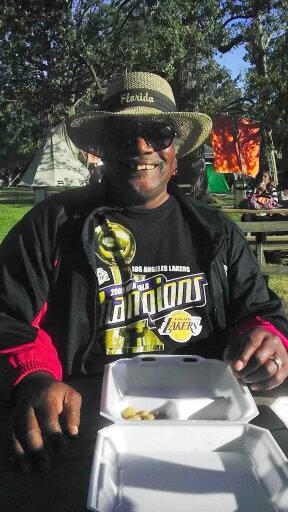 In Loving Memory of Duane Clark

Kenneth Duane Clark of Mt. Juliet, TN passed away in the early hours of September 3, 2022. He was 73 years old. Duane was born to Princie Dan Smith and Willie Clark on June 24, 1949, in San Bernadino California.

Duane graduated from Dunbar High School in Lufkin, TX, class of 1969, and sang in the choir. He was called to be a musician with his silky-smooth voice, high-spirited presence, sharp ear, and ability to connect with every person he was around. Anyone who has ever been around him knew a jam session would happen at some point. He would turn on his favorite songs, sing along, and tap his foot while tying in a story or quizzing you to see if you knew the artist.

He met the love of his life, Jan Morton, in Nashville in 1977. He had been told that he needed to watch a female vocalist sing. So, naturally, it took him three weeks to do so, but he was so blown away that he hired her on the spot. After being great friends for a while, they decided to progress in their relationship, so much so that he brought her to his friends’ house which was a really big deal. She was the first (and last) woman he brought over. They said “I do” on April 15, 1984, in Littleton, CO. They spent 46 beautiful years together.

Duane was affectionately known by his children as “Pops.” He had the best sense of humor and was always the life of the party. He made such a positive impact on the lives of those who knew him. When you were in his presence you felt loved, cared for, and protected, but that’s not where it stopped; he was so much more.

He was authentic with a powerful voice. Being around him allowed you to be the truest version of yourself because he never judged and always listened. He kept it real and encouraged in the same breath. He could see your potential and empower you to walk in that potential confidently while reminding you to never let anyone knock you off that path.

He was a provider in every sense of the word. He loved to say “always keep a check” as a reminder to do whatever it takes to care for your family. For Pops, this phrase was not just about money; it was an example to your family of what hard work and sacrifice looked like and what love felt like.

He was a confidant for everyone that knew him. He listened with intention and always offered sound advice. No matter what you brought to him, he was ready to help you be the best version of yourself.

He was a lover. The way he loved was deep. Once you were in, you were in for life. The love he had for his family was felt by anyone fortunate enough to be around him. His bond with his grandchildren was unlike any other. Their grandpa was their best friend. “The truest measure of a man is how tall he stands in the eyes of his family.” He was legions above the rest.

He was dependable for so many. One of his favorite things was his weekly phone calls with different family members. Every single week. You knew, no matter what, that phone would ring on your day, and he would want to know all about your week. If you needed something, he always found a way to make it happen for you.

He was kindhearted and resilient. The way he made people feel seen, like they were the most important person in the world, made him so special. He would give you his last dollar if you were in need, and if he did not have a dollar to give, he would find a way to get one to make sure you were taken care of. That’s just the type of guy he was. No task was too big, and no person was too small. He was truly one of a kind.

He was music. Good music influences the lives of many, and that is exactly what he did.

God called one of his most brilliant stars home. His legacy will forever live on in the lives of his wife, children, family, and friends. This isn’t goodbye, Pops; this is just a see you later.

“I love you in a place where there’s no space or time.” – Duane

Duane is preceded in death by his daughter Tisha Lashaun Clark; his father Willie Clark; his grandmother Candiest Beamon; his aunts Hytha Fuget and Bobbie Whitehead; and his nephew Joe Stewart Jr.

Visitation will be Saturday, September 10, 2022, at Sellars Funeral Home in Mt. Juliet, TN from 1-3 pm. Homegoing service to follow.

Share Your Memory of
Duane
Upload Your Memory View All Memories
Be the first to upload a memory!
Share A Memory