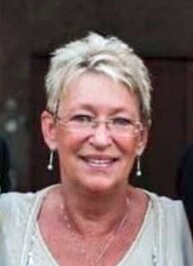 Margaret Moser passed away on September 26, 2022 at age 73. The Memorial Service, conducted by Brother Jamie Watson, is 3 p.m. Sunday, October 2, 2022 in the chapel of Sellars Funeral Home, Lebanon TN. The family will be receiving friends at Sellars Funeral Home on Sunday from 2 p.m. until the service at 3 p.m.

Margaret Elaine Moser was born in West Branch, MI. She received an Associate degree and worked as a bookkeeper. She married Henry Moser and they raised five children. She loved being a mother more than anything, though she also loved being with her grandchildren. She sewed clothes and dresses for her children. Mrs. Moser took great joy in cutting the grass, growing and cutting flowers, and watching hummingbirds. She also enjoyed golf, dancing, and shopping. She kept books for the church at no charge, and in addition to hanging out at the country club, she brought Christmas gifts to the children there.

Share Your Memory of
Margaret
Upload Your Memory View All Memories
Be the first to upload a memory!
Share A Memory