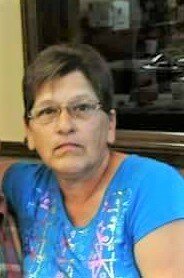 Margaret Owen, age 64 of Bethpage, passed away Wednesday, October 19, 2022.  Funeral Service will be Friday, October 21, 2022 in the chapel of Sellars Family Heritage at Gallatin.  Visitation will be Thursday, October 20th from 2:00 – 8:00 p.m. and Friday, October 21st from 10:00 a.m. until time of service at 12:00 p.m.  Interment will follow the service at New Hope Cemetery, with Will Lessmann, Lane Lessmann, Braxton Owen, David Lessmann, Cliff Barnes, and Marty Hobdy, Jr serving as pallbearers.  In lieu of flowers, donations may be made to Sellars Family Heritage at Gallatin to assist the family with expenses.

Share Your Memory of
Margaret
Upload Your Memory View All Memories
Be the first to upload a memory!
Share A Memory