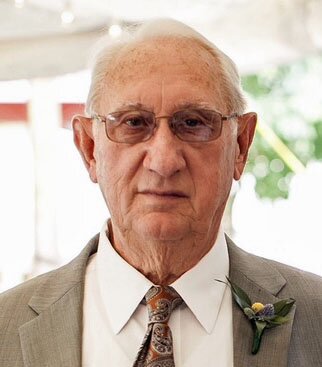 Larry Stone, beloved Husband, Father, Papa and Friend, passed away peacefully on Friday, December 30, 2022.  The Funeral Service will be conducted by Revered Bucky Hesson at 1 PM on Thursday, January 5, 2023 in the chapel of Sellars Funeral Home, Lebanon, TN.  The family will be receiving friends at the funeral home on Thursday from 10:00 am until the service at 1:00 PM.  Interment will be in Wilson County Memorial cemetery.  Pallbearers will be:  Dr. Scott Hallums, Brandon Thompson, Perry Griffin, Josh Pokluda, Heath Stone and Dr. Zachary Stone.

Larry Ellis Stone was born in Clark County, Kentucky to Beulah and Wheeler Stone on July 23, 1930.  He was married to Bettye Jane Stone for 68 years.  He was a veteran and served in the United States Army from 1951- 1953 during the Korean War and in the U.S. Army Reserve from 1953 - 1959.  He worked for over 40 years for Texas Eastern Gas Pipeline Company as the Superintendent of Communications/SCADA. He loved and supported his church, First United Methodist Church of Lebanon, TN and participated in many of the activities such as Men's Club, Men's Breakfast and his and Bettye's Sunday School Class.  He was a member of the Lion's Club, Kentucky Colonels and the Wilson County 911 Committee.  He loved and supported his family, his beloved Kentucky Wildcats, Vanderbilt Commodores, and all of the sports teams & activities of Wilson County.

Share Your Memory of
Larry
Upload Your Memory View All Memories
Be the first to upload a memory!
Share A Memory