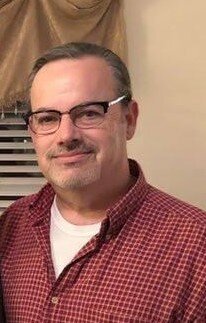 Bernard Daniel Kane III, age 62, of Mount Juliet, TN, went to be with his heavenly father on December 30, 2022.  He was born on August 15, 1960 in Tarrant County, Texas to Bernard Daniel Kane Jr. and Dorothy Nell Touchstone Kane.  He was the eldest brother followed by Mallorie, Stacey and Brody Kane.

Dan was a photographer, manager, and salesman throughout his career.  He started as a photojournalist for East Texas Light and Henderson Daily News.  Later, he would work for Wolf Camera & Image for 12 years.  Most recently, he worked in sales for Hermitage Design Gallery and Rooms to Go Outlet Furniture.

While it seems there was much diversity in his career path, his love for relationships was constant.  He was always drawn to find connections with all types of people around him.  He laughed and had a special way of making people feel at ease.

Most importantly, Dan acknowledged the LORD Jesus Christ to be his savior and the foundation of his life.  His relationship with the LORD was the baseline for who he was, what he believed and how he walked.  When Dan and Angi first met, it was those types of discussions that drew them together. They both expressed a desire to walk in truth and love to the best of their ability.  Serving in church, Dan has worked as a children’s Sunday School coordinator, he has served on the parking lot team, as a small group leader and most recently, he has faithfully served in the video ministry of Love’s Way Church.

Dan Kane will be missed by family and by friends whom he has made throughout his life.  He has always been a loyal friend, a loyal brother, a loyal son, a loyal dad, and a loyal husband.  His voice of reason and reassurance acts like a glue holding his family together through the hills and valleys of life.

He is preceded in death by a newborn son, Tyler Kane, and his mother, Dorothy Nell Touchstone Kane.  He is survived by his wife, Angela Kane, his children, Hailey, Reagan, Annie Kate, and Emery Kane, his father, Bernard D. Kane Jr, and by his sisters and brother, Mallorie Kane Johnson Rector, Stacey Taylor, and Brody Kane.

Share Your Memory of
Bernard
Upload Your Memory View All Memories
Be the first to upload a memory!
Share A Memory