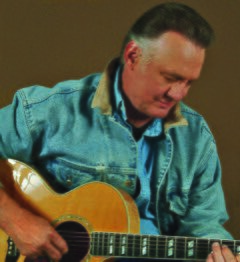 In Lieu of flowers:

In lieu of flowers, memorial contributions may be made to Good Samaritan Boys Ranch, P.O. Box 618 Brighton, MO 65617

On January 4th, 2023, Stan Hitchcock (Stanley Edward Hitchcock) peacefully passed on to heaven following a short fight with cancer. He was at home in Gallatin, Tennessee with his wife, Denise, family and friends nearby.

Stan was born at midnight on March 22nd, 1936, in Kansas City, Missouri to Walker Stanley Hitchcock and Ruby Ann (Johnson) Hitchcock.  Stan started playing the guitar and singing for audiences at 12 years old and continued when he enlisted in the Navy during the Korean Conflict.  Stan formed the one and only “country music” ship’s band on the USS Bryce Canyon (AD-36).  When Stan returned home in 1958, he joined his uncle Bob Johnson to start up a ranch for homeless boys – The Good Samaritan Boys Ranch. To raise funds for the ranch Stan took his guitar, his showmanship and joined with The Waymakers to launch a regionally syndicated radio show recorded out of KWTO, Springfield, Missouri. This show got the interest of Grand Ole Opry star Red Foley, and host of the ABC network television show Ozark Jubilee.  Red mentored Stan and brought him to the attention of Don Law, head of A&R for Columbia-Epic Records in Nashville who then signed Stan to a long-term recording contract in 1961.  Don Law also wrote Stan a large donation check to the Good Samaritan Boys Ranch.  During his recording career Stan released 12 albums and had many charted single records released worldwide. Fans are currently enjoying remastered versions of the songs from these albums on streaming services.

Once in Nashville Stan became a regular performer on both “The Eddie Hill Show” and “The Ralph Emory Show”, early morning “must watch” TV for people in Middle Tennessee.  This gave the singer-musician Stan Hitchcock a background in television production that would lead to bigger opportunities.

At the height of Stan’s recording career in 1966 he moved into television, hosting the nationally syndicated “Stan Hitchcock Show” and gave a television start to Tom T Hall, Barbara Mandrell, Mel Tillis, Jerry Reed and many more.  In 1979 Stan produced and hosted another nationally distributed television series “Stan Hitchcock from the Ozarks”, with production centered in Branson, Missouri.

In 1983, Stan put down his guitar and moved into the arena of cable television and started Country Music Television (CMT).  Stan convinced record labels to produce videos on young and upcoming artists to introduce them to a television audience.  Stan has been recognized by the music industry as being the pioneer who brought a new generation of country music stars to the television generation and changed for years the way artists delivered their music.   Along with playing music videos on CMT he created “Stan Hitchcock’s Heart to Heart” which continued in production over several networks for nearly 25 years.  This signature show introduced a new breed of country performers to this television audience.  Among those were Garth Brooks, Travis Tritt, Alabama, Reba, The Oak Ridge Boys and Keith Whitley.  Episodes of Stan Hitchcock’s Heart to Heart continue to be played on CountryRoadTV.com and YouTube worldwide.

Stan was named to the Traditional Country Music Hall of Fame, the Missouri Country Music Hall of Fame, Media Person of the Year for Reunion of Professional Entertainers and Businessperson of the Year for that same organization.   Stan was also a member of the elite Cable Television Pioneers organization recognizing his creation of three networks – CMT, Americana Television Network (out of Branson, Missouri) and BlueHighways TV (based in Hendersonville, Tennessee).  He has twice addressed students at Princeton University’s James Madison Program on the origins of Country Music.   Stan’s book, “At The Corner of Music Row and Memory Lane”, reveals an insider’s view of the heyday of the Nashville music sound.  For the past 5 years Stan has written a monthly column and feature stories for the British Country Music Publication Country Music People, the last column will appear in their March 2023 issue.

Memorial service for Stan Hitchcock will be held on January 28th at the First Baptist Church, 205 E. Main St. Gallatin, Tennessee.  Visitation with the family will be from 10am – until the noon service.

Share Your Memory of
Stan
Upload Your Memory View All Memories
Be the first to upload a memory!
Share A Memory