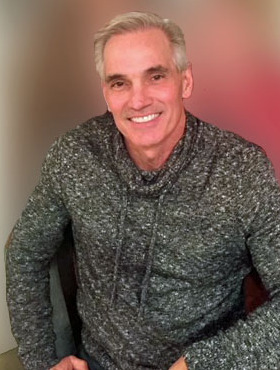 We proclaim with sadness and with joy that Richard Morris “Moe” Proctor, age 61 of Murfreesboro, TN, went to be with the Lord on Monday, January 23, 2023. We experience sadness that we will be without him for a time, but overwhelming joy that Moe is in heaven with our Lord Jesus Christ. A Celebration of Life will be held at 2 p.m. CST on Friday, January 27, 2023, at Stonebridge Bible Church located at 7104 Crossroads Blvd., Suite #105 Brentwood, TN 37027 with visitation at the church from 10:00 a.m. until 1:30 p.m. prior to the funeral service at 2:00 p.m. Burial services will be in Rome, GA at Antioch Baptist Church Cemetery on Saturday, January 28, 2023, at 2:00 p.m. EST.

Moe was born on October 23, 1961, in Nashville, TN to Peggy Sue Vick and William A. “Adie” Proctor, Sr. His educational endeavors included earning a Master of Divinity degree from Luther Rice College & Seminary in Lithonia, GA; a Bachelor of Pastoral Studies degree from Free Will Baptist Bible College in Nashville, TN; and an Associate of Science in Accounting degree from Aquinas Jr. College in Nashville, TN. As a graduate of McGavock High School in Nashville, Moe excelled as a student and an athlete. While at McGavock he was a member of both the baseball and wrestling teams, and he furthered his baseball career as a second baseman and an outfielder at Aquinas Jr. College.

He served the Lord in many ways during his lifetime, including as a gifted pastor specializing in church growth, speaking, and teaching for various denominational churches. Moe shared his gifts and talents with congregations spanning the globe. He was a successful entrepreneur, building his business MP Seminars, Inc. which trained pastors and laypeople alike how to use Logos Bible Software. As the only authorized trainer, Moe was known as the face of Logos Bible Software for over 25 years.

When he wasn’t working, Moe enjoyed spending time with his close-knit extended family, especially his children and grandchildren. He remained a gifted athlete and enjoyed health, fitness, weightlifting, hiking, and running. For many years, he was a competitive marathon runner participating in countless races. He also enjoyed reading, watching and coaching baseball, traveling with his wife, Cindy, and watching The Andy Griffith Show.

Share Your Memory of
Morris
Upload Your Memory View All Memories
Be the first to upload a memory!
Share A Memory