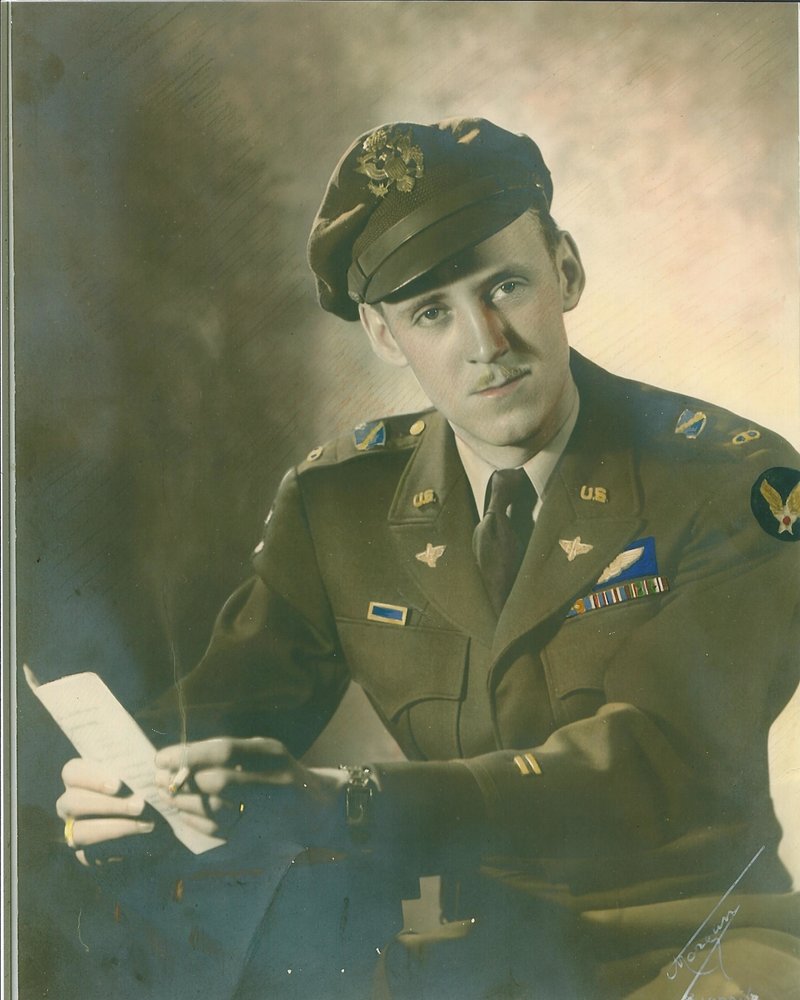 Leon Vantrease, age 90, of Lebanon TN, passed away on August 6, 2015. The family will be receiving friends at Sellars Funeral Home, Lebanon TN, on Saturday from 4-8 p.m. and from noon until the service on Sunday. The Masonic Service is 7 p.m. Saturday. The Celebration of Life, conducted by Brother Terry Fesler and Brother Fred Vantrease, is 2 p.m. Sunday, August 9, 2015 in the chapel of Sellars Funeral Home, followed by interment in Wilson County Memorial Gardens. Pallbearers: Ben Thomas Powell, Jerry Vantrease, William Jones, Anthony Andrews, Terry Hemontolor, and Doyle Taylor. Honorary Pallbearers: Don Fox, Terry Ashe, William Carmack, Royce Gregory, Billy Brown, and Victor Buhler. Mr. Vantrease was the son of the late Fred W. and Otelia Vantrease, long-time resident of the Cedar Grove Church community in Lebanon TN. Leon was a member of Cedar Grove from his teens. Mr. Vantrease, a proud World War II veteran was stationed for boot camp in Miami, FL and enrolled in Air Cadet at Michigan State University for six months to study bombardier/navigator. He flew lead navigator in the Marander B-26 Martin for 20 missions, always in the lead plane. He flew with Lt. Jewell Maxwell, “good to the last drop”, on his plane. On his first mission, back on the ground they counted 53 holes and decided never to count them again. He always had a silk map of Germany in his leg pocket and still has it today. At the end of the war he viewed Dachau, the gas chamber, ovens, and displaced persons who were weakened from starvation, illness, cruelty, and despair. Back in the states after the war, he married Mae Frances Graves Vantrease on November 20, 1949. Leon retired from the United States Post Office after 21 years of service. He loved fishing and hunting. He was a 60 year member of Lebanon Lodge #98, past Master twice, also a Shriner and, all things in between the Lodge and Shriners, and The American Legion. He is survived by wife of 65 years: Frances; 2 sons: Terry Randall (Kathy) Vantrease and Robin Dean Vantrease; 2 grandsons: Jeremy Vantrease and Jeffery (Whitney) Vantrease; 2 great-grandsons: Parker and Jackson Vantrease; 1 great-granddaughter: Sadie Vantrease; brother: Fred Vantrease, Jr., all of Lebanon TN; niece: Jennifer (Guy) Kinnear; nephew: Ty (Sarah) Vantrease; great-nephew: Ian Kinnear; and great-niece: Sophia Kinnear, all of California. He is preceded in death by brother Don Wayne Vantrease of Nashville TN. Sellars Funeral Home, Lebanon TN, 615.444.9393.

Share Your Memory of
Edgar
Upload Your Memory View All Memories
Be the first to upload a memory!
Share A Memory