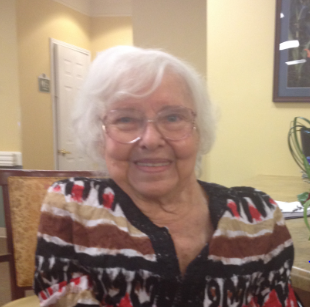 Tribute & Message from The Family LENORE EILEEN CARDINAEL Age 87 of Chicago, Il and Sun City West, Az, passed away August 20th at The Gardens at Providence Place in Mt. Juliet, Tn. Lenore was born on June 12th, 1928 in Chicago, Il., and grew up with her parents and sister and brothers. Following her high school graduation and while still a young working girl, Lenore met her life-time love and husband, Carl. While still 18, she and Carl married on April 19th, 1947 and lived in Chicago. Five years later they moved to the suburbs onto a small acreage in Tinley Park, Il with their 5-year old son Barry, where they lived for 14 years. Following that, they also lived in Park Forest, Hazelcrest, Mokena and Bettendorf Ia. during the 70’s-80’s before retiring and moving to Sun City West, Az. in 1990. During her working years, Lenore worked for 14 years as the manager of concession stands at several outdoor movie theatres owned by Essaness Theatre Corp. Except for the time spent in Iowa, she then worked until 1990 as a Customer Service Account Representative for Sears. Upon her retirement to Sun City West, she volunteered part-time at PORA, the Property Owners Residential Association and for the next 20 years also volunteered as the lead kitchen and food services manager at the First Baptist Church in Sun City West, Az. Lenore is survived by her loving family, son, Barry (Debbie) Cardinael, grandsons Jordan Cardinael and Noah Cardinael, sister Georgianne Calandriello, nieces Jeanine Fitzpatrick, Joanna Calandriello, Sharon Farthing, and Darlene Honeycutt, and nephews Joe Calandriello and Patrick Welsh. Lenore was preceded in death by her parents, George and Anna Welsh (Richter), siblings Robert and Edward Welsh, and husband Carl Cardinael in 2014. Lenore grew up attending Lutheran Schools and Churches, attended Methodist churches in later years, and was a member of the First Baptist Church of Sun City West for the 24 years she lived there

Share Your Memory of
Lenore
Upload Your Memory View All Memories
Be the first to upload a memory!
Share A Memory