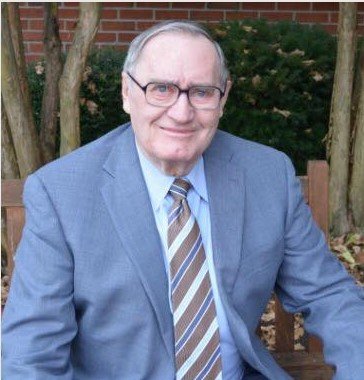 Please share a memory of William "Bill" to include in a keepsake book for family and friends.
View Tribute Book
“The true measure of a man is how he treats someone who can do him absolutely no good." William “Bill” David Heydel died peacefully in his home on November 29, 2016 in Lebanon, Tennessee at the age of 87. Bill is survived by his son, Richard (Sally) Heydel of Brentwood,TN; brother, Kenneth Heydel of Crab Orchard,TN; sister, Mary (Ralph) Brown of Rockwood,TN; grandchildren Lora Heydel of Nashville, TN; Wendy (Shane) Lynn of Little Rock, AR; Chrissa (Jim) Gatton of Murfreesboro, TN; Angie (Scott) Walker of Murfreesboro, TN; William (Abbie) Heydel, II of Knoxville, TN; Wes Heydel of Brentwood, TN; great grandchildren, Truman (Rose) Tuck of San Diego, CA; Hunter Tuck of Carthage, TN; Reed and Olivia Walker of Murfreesboro, TN; Mason, Connor, and Ethan Lynn of Little Rock, AR; Heather Woodward of Nashville, TN; Jacob and Caleb Gatton of Murfreesboro, TN; Ayden, Sarah Mae, and Henley Heydel of Knoxville, TN. Bill is preceded in death by his parents, Albert and Lora Heydel, formerly of Rockwood, TN; brother, Henry Heydel, formerly of Detroit, MI; sister, Fannie Poole, formerly of Maryville, TN; son, Steve Heydel, formerly of Lebanon, TN; and his loving wife of 67 years, June Love Heydel. Bill was born on April 11, 1929 in Rockwood, TN. He graduated from Rockwood High School in 1947, where he was a standout All-State football player. He married June Love, his high school sweetheart in 1948. He attended Vanderbilt University on a football scholorship from 1948-50 and Austin Peay State University from 1955-57, from where he played football and earned a degree in Business. He is noted as a Distinguished Alumnus of Austin Peay. After moving to Atlanta, Ga, Bill began working for Burroughs Corporation as a salesman. While working with Burroughs in Columbus, GA, he called on a fledgling insurance company, American Family Life (AFLAC), and was convinced to join them and pioneer their sales efforts in the state of Tennessee. He moved to Lebanon, TN and from 1964-1983, developed the AFLAC Tennessee sales force into a perrenial leader in the company until his retirement. Bill was recognized as an honorary co-founder of AFLAC and inducted in 2005 into the inaugural class of the AFLAC Hall of Fame and inducted into the Tennessee Insurance Hall of Fame in 2002. In 1969, Mr. Heydel was a founding member of Cracker Barrel Old Country Stores and served on their board of directors until 1999, when he became a member of the Founders Board. He remained an active participant in the company the rest of his life. He served on the Board of Directors of First Tennessee Bank (formerly Peoples Bank) in Lebanon since the 1960's, continuing in that role until his death. He presently served on the Board of Trustees of Cumberland University since 1978, and received an honorary Doctor of Literary Letters from Cumberland in 1983. Bill was a stalwart in the Lebanon community, active in Rotary Club, Gideons International, the Lebanon Golf and Country Club, and was an active member of First United Methodist Church since 1964. Bill was also an active participant in the Vanderbilt alumni and football alumni associations. Even though he did not graduate from Vanderbilt, he always credited the university for playing a role in his future successes. Bill's family remembers him as a loving, generous father, grandfather, and great grandfather who encouraged them to pursue their goals, and provided wisdom and support in their pursuits. He was the ultimate "people person", never met a stranger, and always had time for anyone regardless of their situation or status in life. He was as comfortable in overalls as he was in a business suit. He was passionate about getting to know people and spending time with them, and his legacy is the memories his family and friends can share about the positive life changing encounters they had with him. His home and office were a sanctuary where people could retreat to a listening ear or to get much needed wisdom from a man who pulled himself from poverty to great successes, but never forgot his humble roots. Active pallbearers will be William Heydel II, Wes Heydel, Scott Walker, Jim Gatton, Shane Lynn, Truman Tuck, and Andy Head. Honorary pallbearers will be friends in Lebanon Rotary Club, First United Methodist Sunday School Class, Lebanon Country Club golf buddies, Cumberland University Board of Trust, Ist Tennesse Bank Board of Trust, and Cracker Barrel Board. Visitation will be from 4-8pm, Fri., Dec.2 and 9-11am, Sat., Dec.3 at Sellars Funeral Home, 313 W. Baddour Pkwy. in Lebanon. A celebration of life is scheduled for 12 noon, Sat., Dec. 3 at First United Methodist Church at 415 W. Main St. in Lebanon. In lieu of flowers, please send donations to Gideons International, Cumberland University, First United Methodist Church, or Austin Peay State University. Condolences can be sent to Rick Heydel, 1921 Old Hickory Blvd., Brentwood, TN 37027. Sellars Funeral Home, Lebanon TN 615.444.9393.
Add Condolence

Share Your Memory of
William "Bill"
Upload Your Memory View All Memories
Be the first to upload a memory!
Share A Memory