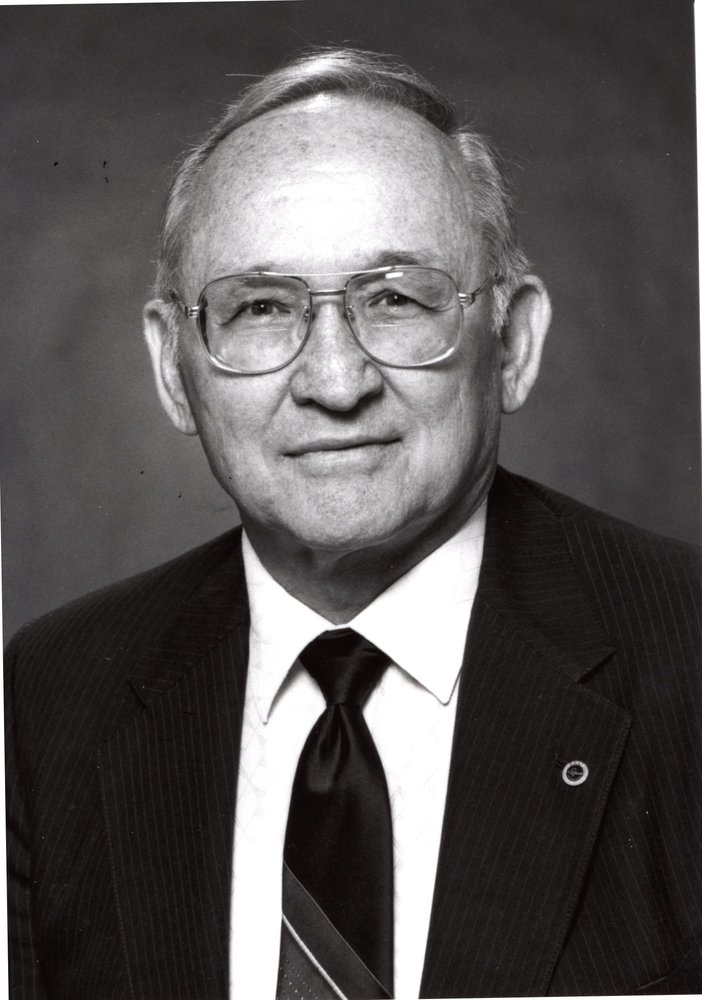 LANNOM, DR. HAROLD REED, Ed.D., March 15, 2017. A native of Wilson County, Tennessee, Dr. Lannom was born November 10, 1925, to Herschel Knight and Ella Reed Lance Lannom. In his early years he attended Major and Flat Rock Schools in Wilson County, and Lebanon High School where he played football and other sports, and graduated as senior class president in 1943. He never tired of talking about his large, loving family; their joys and hardships during the Great Depression; losing his mother at an early age; picking cotton, milking cows, and doing whatever he could to help his father on the farm. Following high school, Dr. Lannom attended Tennessee Polytechnic Institute at Cookeville, Tennessee for one year, until he joined the United States Maritime Service and served our country as a Merchant Seaman during World War II from 1944-45, delivering supplies and equipment to allied forces overseas. After his discharge in 1945, Dr. Lannom attended Auburn University. He was a football scholarship athlete, captain of the 1947 Auburn football team, member of Pi Kappa Alpha fraternity, and graduated in June 1948 with a Bachelor of Science in Education. He began a forty-six year distinguished career as a teacher, coach, athletic director, and school administrator in Florida public schools. His career was interrupted for twenty-nine months during the Korean War: he was selected for Officer Candidate School Class 11 and served in Japan as First Lieutenant Artillery, United States Army from 1951- 1953, when he was honorably discharged. Returning to civilian life, he became the first head coach at Hialeah High School and subsequently The Miami News selected him as 1961 Football Coach of the Year. Transitioning into school administration, he served as president of the local chapter of the National Association of Secondary School Principals. Ever the educator, he believed in the ongoing pursuit of education for himself as well. He received his Master in Education from the University of Miami, Coral Gables, Florida, completed two years of postgraduate studies at Florida State University in Tallahassee, and in 1975 he was awarded his Doctorate in School Administration from Nova Southeastern University, Fort Lauderdale, Florida. He was one of 30 educators selected nationwide for a national fellowship in the TTT (Teaching Teachers to Teach) program. Dr. Lannom dedicated many years of his life to Civitan International, a civic organization purposed to serve individual and community needs with a special emphasis on helping people with developmental disabilities. He joined the Miami Springs-Hialeah Civitan Club in May 1977, where he served in many capacities, advancing to leadership roles at the regional, national, and international levels. Dr. Lannom served as founding member of the Board of Directors, Children’s Genetic Research Foundation, a Civitan Tropical District project. In 1991, he received Civitan’s highest honor, the Civitan International Honor Key. In 1995-1996, Dr. Lannom served as president of Civitan International and traveled worldwide representing the organization. For 65 years, Dr. Lannom made his home in Miami Springs, Florida, where he was scoutmaster of Boy Scout Troop 534 and taught a Sunday School class for over 35 years at Miami Springs Methodist Church. He was an avid reader, a student of history, a traveler immersed in foreign culture, and the twelfth man on Auburn football game days. He maintained a lifetime membership in the Auburn Football Lettermen Club, the Auburn Alumni Association, and Civitan International. He was a faithful member of the First United Methodist Church of Coral Gables, Florida, and an associate member of Lebanon First United Methodist Church, Lebanon, Tennessee. Most of all, he was a devoted and loving family man and a role model to scores of students and others who had the privilege of knowing him and whose lives he influenced with his passionate advice and guidance. Throughout his 91 years, Dr. Lannom followed the teaching attributed to John Wesley: “Do all the good you can, in all the ways you can, for as long as ever you can.” Dr. Lannom is survived by his beloved wife of over 64 years, the former Patricia Susan Harvey, loving sons Harold Reed Lannom, Jr. and David Allen Lannom, adoring daughter Lisa Murray (John), and cherished granddaughter Colleen Susanne Murray. Also surviving is brother Bobby Dell Lannom (Anna Gayle) and many nieces and nephews. He was predeceased by his parents and siblings Leo Knight Lannom, Doyle Mason Lannom, Erma Lannom Baird, Callie Lannom Hobbs, James Howard Lannom, Carlos Hatton Lannom, and Billy Owen Lannom. Memorial contributions in Dr. Lannom’s name may be made to the Civitan International Research Center Fellows Scholarship Program either online at www.civitan.org/donate or by mail: Civitan International P.O. Box 130744 Birmingham, AL 35213-0744 Visitation at 1 p.m. with the Service at 2 p.m. Sunday, March 19, 2017 in the Bryant Chapel of the Lebanon First United Methodist Church with the Reverend David Hesson officiating. Burial will be at Wilson County Memorial. Arrangements by Sellars Funeral Home, Lebanon, TN, 615.444.9393, www.sellarsfuneralservices.com.
Add Condolence

Share Your Memory of
Harold
Upload Your Memory View All Memories
Be the first to upload a memory!
Share A Memory