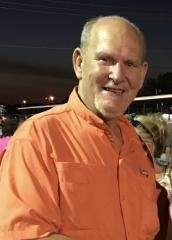 Sellars Funeral Home at Hendersonville is both honored and privileged to be entrusted with all Funeral arrangements. 108 Monthaven Blvd., Hendersonville, TN 37075, 615-265-8535, obit line, 615-758-8818, www.sellarsfuneralservices.com.

Share Your Memory of
William
Upload Your Memory View All Memories
Be the first to upload a memory!
Share A Memory