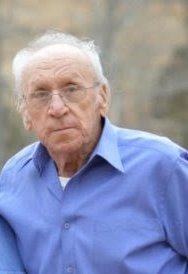 was born February 5th, 1932 and entered into eternal rest on July 1st, 2019 after an extended illness.

In lieu of flowers, the family has requested memorial donations be made to Hope Center Ministry;

Online condolences may be submitted at familyheritagefh.com.  Family Heritage Funeral Home has been honored with arrangements.

Share Your Memory of
H.A. "Lucky"
Upload Your Memory View All Memories
Be the first to upload a memory!