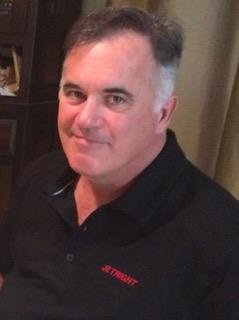 ANDERSON, Daniel "Dan" Todd, age 52 of Mt. Juliet, passed away July 31, 2019. Dan was born June 1, 1967 in Wooster, OH to Dick & Pat Anderson. He married Tatiana Solovjova on December 22, 2004. Dan was a 1985 graduate of West Holmes High School and a graduate of Ohio University with a Bachelor's Degree in Aviation and a Bachelor's Degree in Meteorology. Dan loved being a pilot who flew float planes to commercial planes, was part of the Alaska Civil Patrol and recently, was a pilot at Contour Airlines. He operated the Anderson Amish Furniture in Mt. Juliet for 5 years. Dan's hobbies included hunting, fishing, and playing cards with family and friends.

Visiting hours at Sellars Funeral Home at Mt. Juliet will be 2-6 pm on Sunday, August 4, 2019. Memorial contributions may be made to: American Cancer Society at www.cancer.org.

"Blue skies and fair winds, my friend, until we meet again."