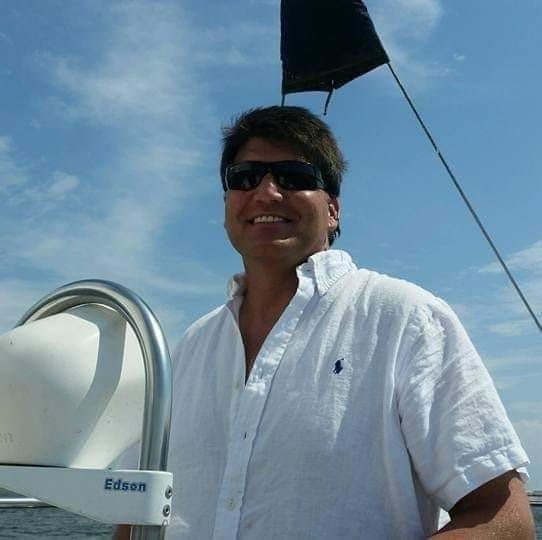 David Gerard Hardesty, at 56 of Mt. Juliet, Tennessee, passed away on Sunday, October 27th, 2019. He graduated in 1981 from Reitz Memorial High School in Evansville, Indiana. Upon graduation, he enlisted in the United States Marine Corp and was an Aircraft Mechanic for four years. He worked for American Airlines after the military and was transferred to Nashville, Tennessee, in 1988. Dave and his former wife, Theresa, had two children, Benjamin Hardesty (deceased) and Brittany Hardesty. Dave and Theresa Hardesty owned and operated the Mt. Juliet Dairy Queen from 1992-2006.

Dave sold the Dairy Queen and returned to his aviation roots by working for American Airlines again. He loved working and fixing things as a mechanic, whether it was planes, cars, motorcycles, or boats. He was a long time member at Harbor Island Yacht Club, where he participated in Regattas' and races. He helped maintain the boats and made many friends while participating in club functions. David was a hardworking, smart, independent man who loved his family, friends, and dog Bailey.

The family would like to extend an invitation for all to join them in celebrating David’s life. The Memorial Service, conducted by Chaplain Gene Lovelace, will be held on Saturday, November 9th, 2019 at 2:00 p.m. in the chapel of Sellars Funeral Home at Mt. Juliet. The family will receive friends on Saturday, November 9th from 10:00 a.m. until service time at 2:00 p.m.