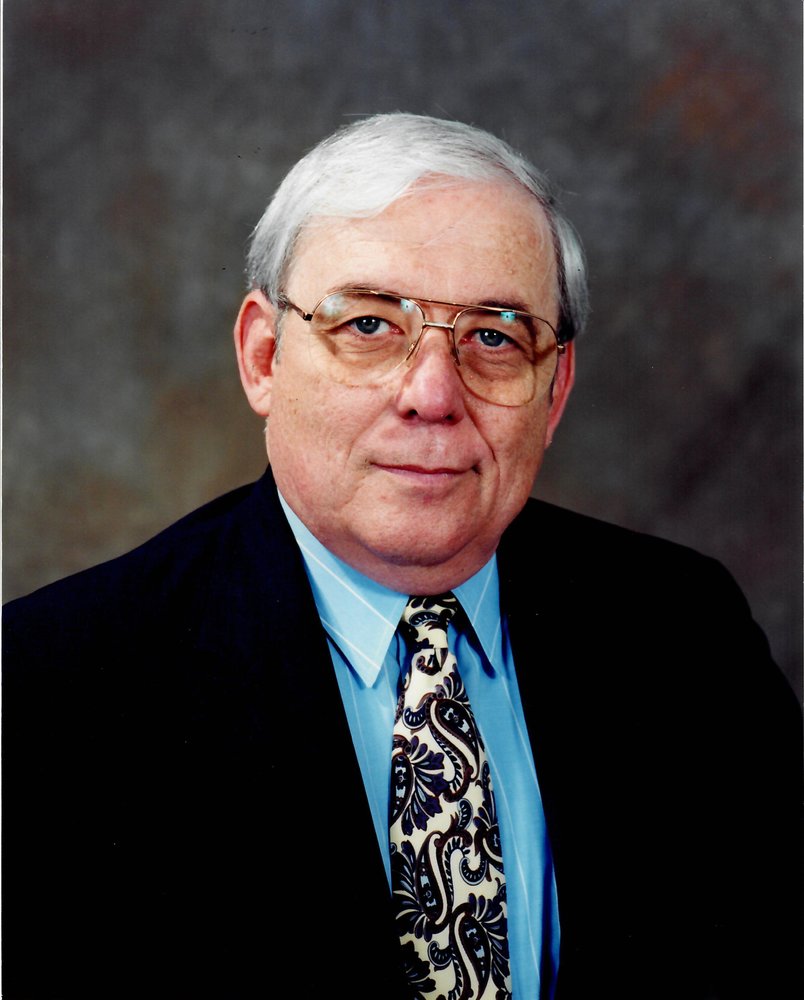 William Edward Farmer, a distinguished Lebanon attorney, who held a number of key leadership posts in local government, the Tennessee Trial Lawyers Association, the Wilson County Bar Association, and state Democratic Party, died at his residence January 19, 2020. The Wilson County native was 82. The son of the late Winfree William and Margaret Freeman Farmer, Mr. Farmer is survived by his wife: Linda Kent Farmer; children: Cheryl Farmer (Larry) Lane, David William (Tracy) Farmer, Edward Nelson (Deana) Farmer, Paul Wesley (Tracy) Garrison, and Christie Lynn (Tony) Morris; grandchildren: Beth Ellis (Mark) Demonbreun, Laura Ellis (Randy) Ferebee, Robin Ellis (Reid) Harrington, and Andrew Ellis, Chandler David (Meg) Farmer, Blake William Farmer, Jaxon Edward Farmer, Kelsey McDonald, Carley Isabelle Morris, and Reese Ivy Morris; great grandchildren: Carmen Ferebee, Luc Demonbreun, Michael Ferebee, Hazel Kate Farmer, and Henry David Farmer. Visitation is 4-8 p.m. on Wednesday, January 22, 2020 at Sellars Funeral Home, Lebanon TN. The family has planned a private funeral service and burial. Pallbearers: Eddie Oliver, Mayor Bernie Ash, Jim Agee, Alex Buhler, John Summers,Rob Gwinn, Craig Wade, and Billy Weeks. Honorary Pallbearers: The Wilson County Bar Association. Mr. Farmer, a U.S. Army veteran, who attained the rank of Lieutenant and served in the area of nuclear weaponry during the 1960s, was educated in public schools in Wilson County, held a Bachelor of Engineering Degree from Vanderbilt University, and a Master of Science Degree in Engineering from Purdue University. For several years before earning his Doctorate of Jurisprudence from the Nashville School of Law in 1973 and beginning his law practice, he was a project manager and supervisor in the design section of the E.I. Dupont Company in Old Hickory. From 1972 through 1981 he served as a member of the Wilson County Commission and from 1974 through 1980 as a member of the Lebanon Tenth District School Board. His career in the legal profession included appointments as Prosecutor for the City of Lebanon and Lebanon City Attorney. He was also the first local attorney for the Nashville and Eastern Railroad Authority. A noted Board Certified Civil Trial lawyer and well respected criminal law defense attorney, Mr. Farmer was actively involved in both state and national Trial Lawyers Associations serving as President of the Tennessee Trial Lawyers. He also served as President of the Wilson County Bar Association and as a member of the House of Delegates of the Tennessee Bar Association. His passion for politics often placed him in positions that influenced government on local, state and national levels. His counsel was often sought by local mayors, city councilmen, county commissioners, members of the state legislature, members of the U.S. Congress and other elected officials. Through his interest in the Democratic Party, he served as a member of the Democratic Executive Committee and was elected the Chairman of the Tennessee Democratic Party in 2001. Mr. Farmer was recognized by the Tennessee Legislature in 2003 for his professional career as an attorney and engineer and his commitment to public service through the elected offices he held and was appointed. The Senate resolution adopted in his honor cited Mr. Farmer noting tha he "epitomizes the spirit and commitment that are characteristic of a true Tennessean'" adding that "this General Assembly finds it appropriate to pause in its deliberations to acknowledge and applaud Mr. Farmer for his dedication to his profession, to the Democratic Party, and indeed to all citizens of this State." The family extends their special thanks to Scott Baker MD, Joy McMurry NP, caregivers Martha Seay, Brenda Bryder, Caris Healthcare, the Pavilion and staff, NHC Rehab nurses Laurie Dowling and Ranie Ford, and the staff of Buckeye Drugstore. Sellars Funeral Home, Lebanon TN, 615.444.9393.

Share Your Memory of
William
Upload Your Memory View All Memories
Be the first to upload a memory!