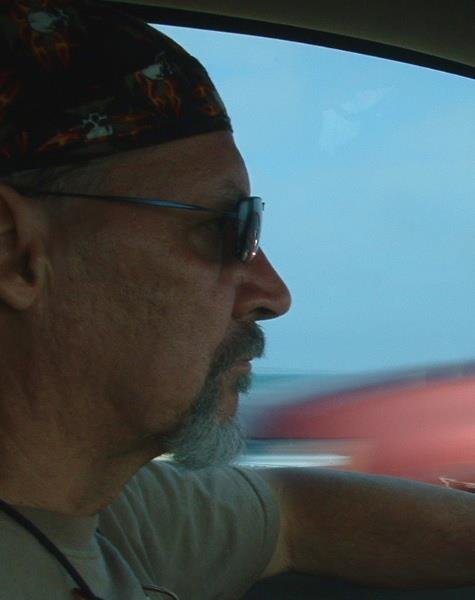 Charles “Charlie” Thomas Witt, Jr. of Old Hickory, Tennessee, passed away in Roane County, Tennessee on July 26th, 2020 at the age of 63. Born on January 27th, 1957 in Mobile, Alabama, Charlie was the eldest child of Charles T. Witt, Sr. and Doris (Fulford) Witt-Jones. In his youth, he lived across the southeastern US gulf region before his family settled down in Bon Secour, Alabama in 1970. He graduated from Foley High School in 1975. Charlie started commercial driving in 1974, working for various outlets across the southeast. He later moved to long-haul, over-the-road trucking, and started driving all across the US. Beginning in 1986, Charlie started hauling U.S. Mail for Sadler Brothers Trucking Company out of Nashville, Tennessee. He went on to haul mail for the next 34 years, spending 24 years with Sadler Brothers and 6 years at Postal Fleet Carriers, among others. After meeting in Bridgeport, Michigan, Charlie would marry Tracy (Gibbs) Witt at Friendship Baptist Church in Bon Secour, Alabama in 1982. Together, they had two children. They divorced in 1995 but remarried in 2010. Meeting Barbara Edwards would bring more family to Charlie’s life, as he loved Barbara’s three children as his own. Charlie and Barbara would also have two children together. Charlie had many hobbies throughout his life: technology, reading, fishing, camping, golfing, and more. He enjoyed culture, music, and art. He especially loved to read and study history. He enjoyed Alabama football and NASCAR. He was an amateur photographer and saw beauty everywhere. He was captivated by space exploration. He loved animals and will be missed by his beloved cats Rascal, Sadie, and Raisinette. Charlie was an incredible storyteller. Wherever he had an audience–whether it was the picnic table at the Sadler shop or within his own living room–he would speak at length about the experiences of his life, but even more often, he told stories about his children. He was a proud father and grandfather. He is survived by his wife, Tracy (Gibbs) Witt; four children by blood: Christina Witt George (Kevin), Charles Michael Witt (Cassie Pekarski), Elizabeth Grace Witt, and Andrew Thomas Witt (Melissa Spier); four children by heart: Amy Edwards Stanz, Jason Edwards, Christy Edwards, and Meagan Dahl; five grandchildren: Jack Parker George, Ansel Ambrose George, Brianna Clouse, Gavin Stanz, and Katie Stanz; three siblings: Cynthia “Cindy” Witt, Alfred Witt (Patty), and William Preston Witt; three nephews: Rocky Hutton (Michelle), William Witt, and Zachary Witt; a niece: Deanna Witt; two grandnephews: Jacob Hutton and Joshua Hutton; a grandniece, Michayla Hutton; sisters-in-law, Gayle (Paul) Fulcher and Jackie (William) Littlejohn; and his mother, Doris (Fulford) Witt-Jones. He was preceded in death by his father, Charles Thomas Witt, Sr.; and father- and mother-in-law, Dale and Martha Gibbs. Due to concerns about COVID-19, a memorial service will be held at a later date. Arrangements by Sellars Funeral Home at Mt. Juliet, 2229 N. Mt. Juliet Road, Mt. Juliet, TN 37122, 615-758-5459, obituary line 615-758-8818, www.sellarsfuneralservices.com.

Share Your Memory of
Charles
Upload Your Memory View All Memories
Be the first to upload a memory!