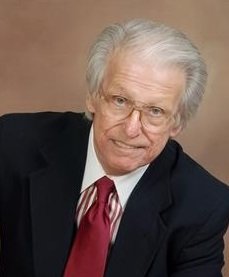 Social distancing will be observed, and masks are required.

Larry Lynn Morgan was called to his heavenly home Wednesday, November 11, after a long bout with cancer. He was born in Sumner County on January 5, 1947 and grew up in Hendersonville. Following graduation from high school he worked for companies in North Carolina and in Portland, Tennessee. After poor health forced early retirement, he returned to Gallatin where he lived until his death. Larry was an active member of Gallatin First Baptist Church on East Main Street. He loved the Lord Jesus Christ and served Him with a willing heart. At one point later in life, he felt God’s call to be a missionary to the Cherokee Indians and did everything possible to fulfill that calling, but his declining health would not permit that. He also loved his Lord’s church and participated in the Monday night Men’s prayer meeting, Lifegroup Bible study and as a Decision Counselor for Sunday morning worship services. He was available to serve in whatever ways he was needed until his health failed. There were times when his cancer and diabetes would pull him down, and when that occurred, he turned to his Lord and the Bible for strength and help. His smiling face and positive spirit never failed to return shortly after. He was an inspiration to the doctors and nurses who cared for him across the years and to the people he met along the way. A celebration of his life will be held at Gallatin First Baptist Church on Sunday, November 22, at 2:30 p.m. with Dr. Travis Fleming conducting the service. Social distancing will be observed, and masks are required. Online condolences may be submitted at familyheritagefh.com. Family Heritage has been honored to assist with Mr. Morgan.

Share Your Memory of
Larry
Upload Your Memory View All Memories
Be the first to upload a memory!