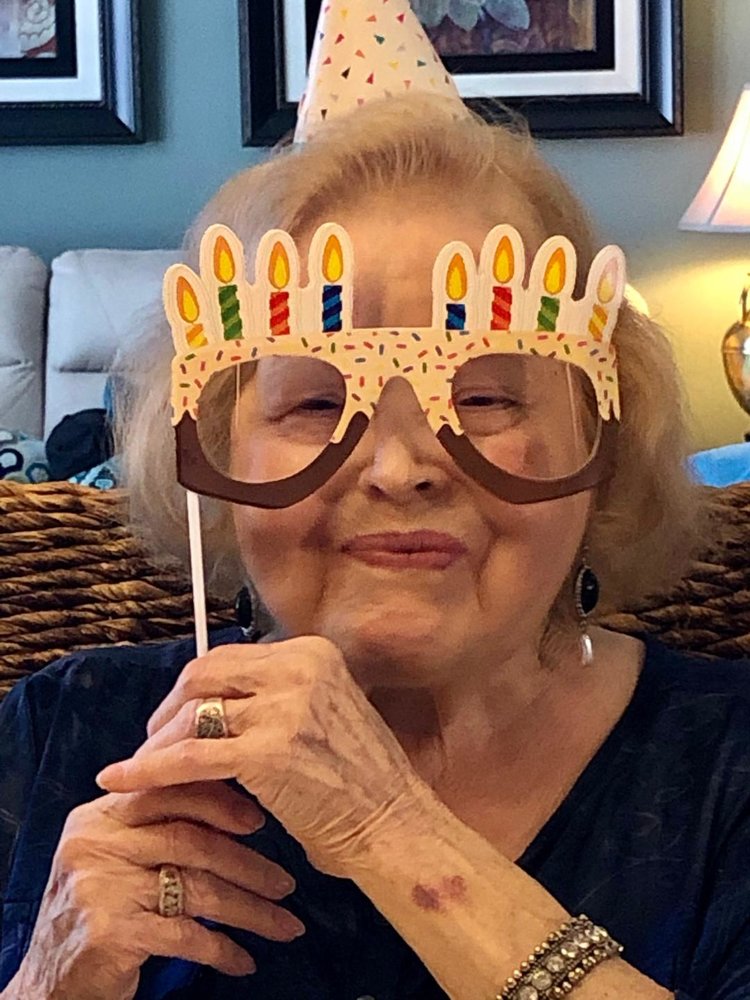 Frances Estelle Buchanan, age 89 of Hendersonville went to her Heavenly home on Saturday, March 13, 2021. Frances was preceded in death by her parents, Marvin L. and Eugenia Merrill Merritt; brother and sister-in-law, Wilson Eugene and Judith Merritt; sister, Victorine Cheek Guttke. She is survived by her loving husband of 70 years, Billy Gene Buchanan; son, Randy Gene Buchanan; daughters, Vicki Dawn (Jerry) McAnulty and Marcia Jean (Lamar) Wood; brother, Marvin L. (Margot) Merritt; grandchildren, Joel (Eliza) McAnulty, Holly McAnulty (Benjamin) Harms and Jeremy McAnulty Makala (Alex) Clark; great-grandchildren, Julian Harms, Ember Harms, Hazel Hughes and Jazmyn Clark. Frances, affectionately called Fran-Fran, passed into the presence of the Lord on March 13, 2021. She was followed about thirty-six hours later on March 15, 2021 by Billy (Papa Bill), her beloved husband of over 70 years. They were deeply cherished and loved by their family. Billy spent his early years dedicated to serving his country. For 21 years he served in the United States Navy where he was a jet mechanic and instructor. After retirement from the Navy, Billy was employed for almost 15 years and retired from Federal Civil Service; specifically the Environmental Protection Agency, near Pensacola, Florida. He was an avid reader until the end of his life of almost 94 years. He was a "fix-anything" specialist. He was well known for his humor as a storyteller, but most of all for his affection and devotion to Fran and family. Billy was devoted to Christ. He and Fran faithfully served in churches everywhere they lived. Fran was a strikingly beautiful woman, who quickly captivated the heart of the man who would become her husband. She was a deeply devoted wife and mother. Providing a lovely home for her family was of supreme importance to Fran. She was gifted with hospitality and entertaining many friends. Fran was a great fan of Southern Gospel music. She loved to have visits during the Summer from her grandchildren, along with their friends. She enjoyed playing games with them and taking them to the beach. Toward the end of her life, Fran was especially grateful for their devoted caregiver and son, Randy. A Memorial Service will be held on Saturday, April 3rd at 3:30 PM at Calvary Chapel at Long Hollow. The family will be accepting friends from 2 PM until time of service. Inurnment will take place on Monday, April 5th at 10 AM at Nashville National Cemetery in Madison. Arrangements by Sellars Funeral Home at Hendersonville, 108 Monthaven Blvd., Hendersonville, TN 37075. (615)265-8535, obituary line (615)758-8818. www.sellarsfuneral services.com.

Share Your Memory of
Frances
Upload Your Memory View All Memories
Be the first to upload a memory!