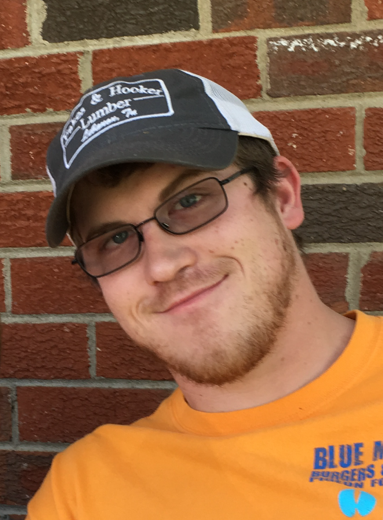 Ryan Howard passed away on April 10, 2019 at age 28.  The family will be receiving friends at Sellars Funeral Home, Lebanon TN on Friday from 12 p.m. until 8 p.m. and on Sunday from 11 a.m. until the service. The Funeral Service, conducted by Brother Danny Sellars, is 2 p.m. Sunday, April 14, 2019 in the chapel of Sellars Funeral Home.  Interment in Cedar Grove Cemetery will follow the service.

Ryan’s passion was cooking and grilling foods.  He was employed as a manager and chef at David’s Pizza.  He enjoyed all kinds of music; it was fuel for his soul.  He was a huge fan of the Tennessee Vols, never missing a game!  Family was important to him, and he had a heart of gold. He is survived by parents Terry “Aztec” and Joni Maynard Howard; siblings: Teri (Brandon) Chastain, Tara (Ryan) Howard-Bates, and Brian Nabors; nieces and nephews: Abby Hixson, Andrew Hixson, Jake Hixson, and Ella Chastain; and aunts and uncles: Lisa Maynard-Nabors, Gabrielle Howard-Gengler, Frank Nabors, and Stanley Howard.  He is preceded in death by grandparents Gaines Howard and Peggy Howard, Millard Maynard and Earline Maynard, uncles Larry “Chico” Maynard, Donnie “Hotdog” Maynard, cousin J.J. Welch, and aunt Rae Lablonde-Howard.  Sellars Funeral Home, Lebanon TN, 615.444.9393.