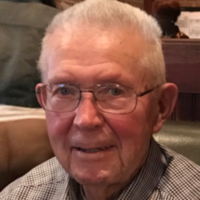 Please share a memory of Vernie C. to include in a keepsake book for family and friends.
View Tribute Book

Vernie was born the son of Lee Porter and Annie Rachel (Fleming) Porter on October 30, 1933 in Pleasantshade, Tennessee.  He joined the Navy in 1951 and served through 1954 during the Korean War. Vernie then worked at the Long Beach Naval Shipyard while he finished High School in Long Beach, California.  On June 14, 1958, he married Bonnie Jean Wescott in Ensenada, Mexico.  She preceded him in death on July 15, 2006.  He eventually received his Electrical Engineering Degree from Phoenix College / Arizona State University.   As a Navy veteran, he also worked for the United States Government under the Department of Defense.  Vernie retired after 37 ½ years of total service.  He was a member of the First Baptist Church, Chillicothe, Missouri, and the Kiwanis Club, and he was the Boy Scout Troop Leader, #343, while living in Scottsdale, Arizona. His hobbies included woodworking, collecting antiques, gardening, fishing and bowling. He considered himself a professional student.

Share Your Memory of
Vernie C.
Upload Your Memory View All Memories
Be the first to upload a memory!
Share A Memory