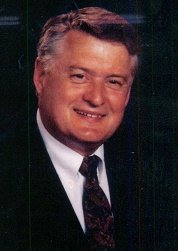 Gregory K. Nienaber, age 69, passed away suddenly on Saturday, April 15, 2017 as a result of a tragic accident. He was born May 3, 1947, in Princeton, IL to Keel Nienaber and Gladys (Lenihan) Nienaber. He graduated from Princeton High School, Northern Illinois University and completed his Master’s degree at Eastern Illinois University in 1971. He married Sandra (Sines) Nienaber on April 5, 1974 and began family life with two of his three children. He was employed as a Regional Director for several long term care providers for over 40 years. Throughout his professional life he spoke the Gospel without saying a word. His greatest gift was his ability to lead groups of people to accomplish incredible outcomes of care for the least of us. A special person said of him, “He had this magic about him that builds you up, but makes you feel you did it yourself, and you deserve every ounce of your accomplishment.” He had an uncanny ability to reach people in a deep and positive way. Greg truly lived life to the fullest through simple pleasures. He loved animals of every kind, nature, milk, “DA BEARS”, being at home, and cars. He is survived by his wife, Sandra; a sister, Charlotte MacDonald of Virginia; his daughter, Lisa (John) Swalwell of Ohio; his sons, Scott Fetrow of Gallatin, and Aaron Nienaber of Colorado; two grandsons, Matthew (Mindy) Fetrow and Timothy Fetrow and four great-grandchildren all of Illinois; his sister-in-law and brother-in-law, Karen and Joel Knapp of Gallatin; many nieces, nephews, and cousins, his dog, Lilly, and his cat, Chance. Family, friends, and others whose lives Greg touched will be invited to a celebration of his life at 657 Bugg Hollow Road, Gallatin on a date to be determined. A graveside memorial and interment will take place at Oakland Cemetery, Princeton, IL later this summer. Online condolences may be submitted at alexanderfh.info.