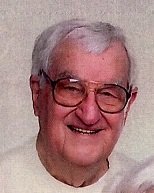 My dad earned his angel wings on Wednesday April 3, 2019 at the age of 85. Jim Griggs lost his battle with lung cancer 120 days after his diagnosis at Sumner Regional Hospital. My mom was at his bedside as he took a peaceful last earthly breath. What a beautiful life he lived. He died as he lived, everyone's friend, from his high school classmates from the Gallatin High School class of 51 and 53, to his TVA buddies from the early days, to his Big Rivers buddies from Owensboro, KY, to the many people he met in his travels with family and friends. The crazy trips with friends sometimes driving 5-6 hours for a different place to eat, the many fishing trips and the tall tales that came back, the many trips to the beach, did not matter whether it was New Smyrna, Myrtle, Pensacola, Orange or Biloxi, he could smell the beach 100`s  of miles away and the raw oysters at each place were always the best! Along with the friendships was his love of food, he never met a biscuit he did not like, the crew at Cracker Barrel knew his order right down to the two blackberry jellies! He also loved to tell stories of his 85 years, he always considered his journey as an adventure. His bass singing voice of hymns, country music and Christmas carols will be missed, often a song leader at the Myrtle Beach Church of Christ, Owensboro Church of Christ, and Nashville Road Church of Christ would change the song line up to feature hymns with bass parts when he was attending.

Jim attended Gallatin High School and would have graduated in 1951, however he enlisted in the US Army serving two years for a country he loved, then returned to graduate with the class of 1953. He earned his BS from Brescia College in Ownesboro and his Masters from Century University in 1982 in Business Administration. Jim, an avid reader as well as Sudoku and Words player, he delighted in continuing to beat his opponents, even his Great Grandson until just a few weeks ago. Jim's love of all sports wearing University of Tennessee Orange and White was steadfast, even watching the Vols play in this years Sweet 16 of March Madness.

In our hearts many memories will always be kept, of the one we loved and will never forget. He will continue to watch over his family: Kay Griggs, his wife of Gallatin, TN, his favorite daughter Donna Griggs and husband Mike Miller, newly of Gallatin, TN, his favorite son Jimmy Glenn Griggs and wife Rose Griggs of Atoka TN. The best Grand children ever are Deanna Sanders, and fiance Bryant Taylor of Philpot, KY, Andrea Childers and husband Seth Childers of Lexington, KY, Patrick Griggs and wife MaryLynn Ford of Denton, TX, and Alex Griggs of Waco, TX, extended grandchildren are Jamie Holt, and husband Steve Holt of Cincinatti, OH, Sarah Wilkinson and husband Austin Wilkinson of Biloxi, MS, Timothy Miller and wife Molly Faith Miller of Olympia, WA, Doug Miller and wife Nicolle Miller of Pascagoula, MS. The best great grandson Gavin Sanders of Philpot, KY, and great grandchild to be in 6 weeks in Denton, TX, extended Great Grandchildren include, Cameron Meschko Taylor, Landon and Addison Holt, Colbie Wilkinson, Draden and Daimeon Miller, Dalton, Cruz and Rome Miller. The list of children he has loved and mentored throughout his 85 years are simply too numerous to mention. They entered his life, through school, church, work and extended family. Jim was the baby of 12 children to Walter and Ann Griggs of Gallatin, TN who preceded him into heaven, along with brothers and sisters, Viva Griggs, RW Griggs, WJ Griggs, Neva Godwin, Tom Griggs, Marg Terrel, and Jim Griggs he still has 4 older siblings who share many memories of growing up in South Tunnel and Gallatin area, Jean Griggs Thurman, Ann Griggs Rodgers, Grady Griggs, and Bernard Griggs.

The visitation and celebration of Jim's life will be 3-5pm on Saturday April 6, 2019 with a service to follow at Family Heritage Funeral Home starting at 5pm. The family requests if you are able to join us this day please do so, if you are unable to join us in person, but want to share your love and memories of Jim Griggs he chose two favorite charities. The Tommy Garrott Civic Center in Gallatin, TN, his school friend and the location of many Griggs family reunions. The Dolly Parton Imagination Library of Pigeon Forge TN, the place his family celebrated his and Kay's 60th wedding anniversary, as well as his life long love of reading and learning.

The family also thanks the many family and friends who have been a part of this Cancer journey including the caregivers, Doctors, and Nurses from Family Health Care of Gallatin, TN Oncology and TN Radiation, and Sumner Regional Hospital.

Share Your Memory of
Jimmy
Upload Your Memory View All Memories
Be the first to upload a memory!