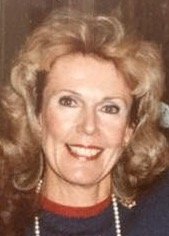 In 1961, she married Charlie Parks, moved to Gallatin and wrote for The Nashville Banner and the Gallatin News Examiner with her highly popular column, “Keep This Under Your Hat.” An outstanding athlete, Yancey played for years in several area tennis leagues with her dear friends.

Yancey was a devoted member of the Church of Our Saviour. She served on several boards including First Tennessee Bank, Friends of Gallatin Library, Historic Rosemont, Gallatin Junior Service League and Gallatin Study Club. She later served as Alumna Advisor to the Vanderbilt Tri Delta chapter.

Honorary pallbearers are the employees of the Charles C. Parks Company.

In lieu of flowers, donations may be made to Church of Our Saviour, 704 Hartsville Pike, Gallatin, 37066, The Friends of Gallatin Public Library, 123 East Main St., Gallatin 37066 or the charity of one’s choice.  Online condolences may be submitted at familyheritagefh.com.  Family Heritage Funeral Home has been honored with arrangements.

Share Your Memory of
Yancey Richardson
Upload Your Memory View All Memories
Be the first to upload a memory!