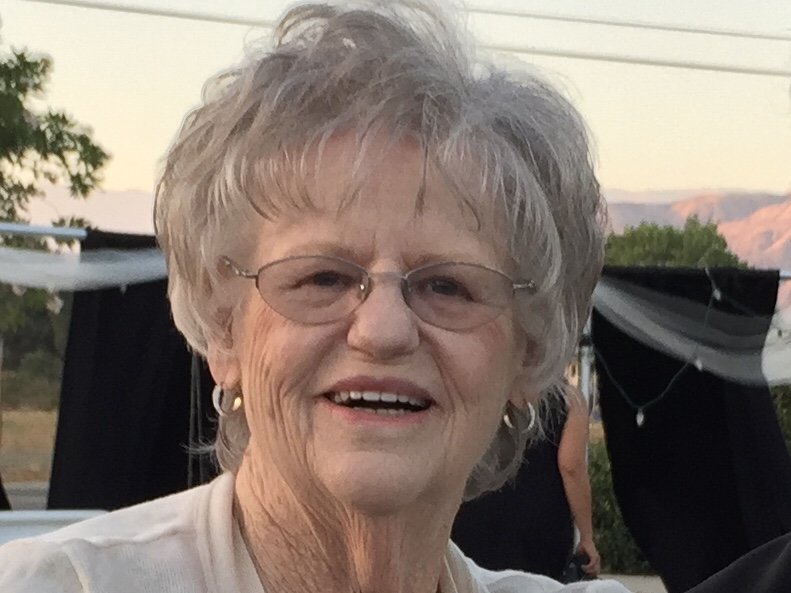 Doris Jean (Earls) Martin was born on July 16, 1941, in Heavener, Oklahoma to Clifton Haskell and Addie Mae Earls. She was the 3rd of 5 children. Her eldest sister, Wanda Faye, died when she was just a year old. Doris and her siblings Bill, Carolyn, and Gary were raised in Chula Vista, California, and Doris graduated from Chula Vista High School in June of 1959.

She met the love of her life, Jimmy Wayne Martin, at First Southern Baptist Church in Chula Vista when he came down on leave from the Navy to visit his brother. Wayne saw her singing in the choir and eventually asked her out. Their first date was Friday, February 13, and three weeks later they were engaged. Doris and Wayne married on June 19, 1959. Together they had 3 children; Michael, Susan, and Douglas. They raised their family in Chula Vista, where Doris worked as a financial clerk. She took a buyout from San Diego Union-Tribune in 1998 because she was too young to retire, and in 2004, she and Wayne would move to Gallatin, Tennessee where they have been attending First Baptist Church ever since.

Doris came to know the Lord as a young girl and was active in church all of her life. It was evident that she loved her Lord and served Him faithfully. She enjoyed singing in the choir and teaching Sunday School for a number of years at churches in both California and Tennessee.

She also loved to do arts and crafts but more than that, Doris loved her family. Any time she would visit her children and grandchildren, she would shower them with love and gifts and cried every time she had to leave them behind to go back home. Doris is remembered as a sensitive, generous, and caring woman, who was someone you could go to for sound advice.

Doris went home to be with the Lord on June 20, 2019, just one day after her 60th wedding anniversary. She was preceded in death by her parents and her sisters, Wanda Faye and Carolyn, and is survived by her brothers, Bill (Judy) and Gary (Connie); her husband of 60 years, Wayne; her children, Mike (Betsy), Susan (Dale Garland), Doug (Erin) and grandchildren Jackie, Rachel (Michael Flynn), Robert, Caitlyn, Ellie, Hannah, Abigail, and Noah.

Share Your Memory of
Doris J.
Upload Your Memory View All Memories
Be the first to upload a memory!