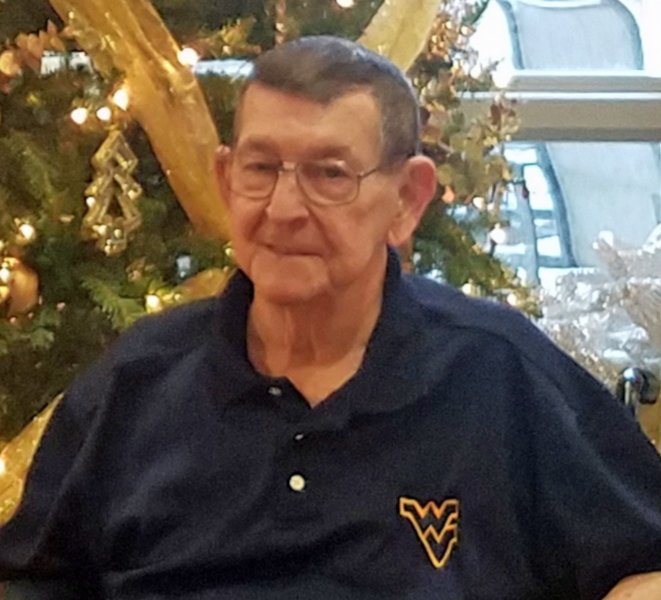 David Rex Jones Sr., 84, of Lebanon TN, formerly of Ravenswood WV, died June 7, 2020 at his residence. He was born March 2, 1936 in Lundale, Logan County WV, the son of the late Sherman R. and Sylvie Lambert Jones. He lived in Logan County until his senior year of high school and often told stories of growing up in coal country, his first job delivering newspapers and scouting activities at Man High School, including football, bank and school government. He attended many of the Old Man High Reunions in recent years and was an honorary member of the Old Man High Hillbilly Class of 1954. David graduated from WVU in 1959 with a degree in Chemical Engineering. He loved Mountaineer Football and Basketball. After graduating from WVU, David spent 6 months on active duty with the US Army in Aberdeen, MD, followed by 6 years in the US Army Reserves. He began his career as an engineer at Weirton Steel where he was employed from 1960 until he moved to Ravenswood WV in 1967 to begin working at the (then) Kaiser Aluminum Plant. He retired as a Quality Control Engineer from (then) Century Aluminum in 1998. Following his retirement, Dave, expanded his woodworking skills to include woodturning and became a very skilled woodturner. He was a past member of Mountaineer Woodturners in Ripley WV having previously held the office of president. He was recognized in West Virginia Magazine for his woodturning skills and he sold his turnings at Tamarack, the Mountain State Arts and Crafts Fair and other venues throughout West Virginia. In addition to his parents, he was preceded in death by a brother, Harold Jones, and a son, David R. Jones, Jr. David is survived by the love of his life, Betty F. Harmon Jones, who he married in 1957. Also surviving, daughter Dovie L. Bowen of Barboursville WV; son Denis (Lynn) Jones of Watertown TN; brother Bobby L. (Sandy) Jones of St. Augustine FL; grandchildren Melissa (Daniel) Starcher of Ravenswood WV; Tiffany Bowen of Bloomington IN; Christina Jones of Parkersburg WV; Jacob (Sarah) Bowen of Sandy UT; Morgan Jones of Lebanon TN; Sylvie Jones of CrowleyLA; great-grandchildren Adalynn, Jayla, Xander, Bryce and a great-granddaughter due in July 2020. The family wishes to thank The Pavilion staff for their kindness and respectful care of our husband, father, brother, grandfather during this difficult time. Their courage and careful care of our loved ones during the epidemic and the extra kindness and care provided to both David and Betty when we couldn’t be there, will forever be appreciated. There will be no service at this time. In lieu of flowers, donations may be made in David’s honor to St. Jude’s Children’s Hospital (501 St. Jude Place, Memphis TN 38105). Cards may be sent to his wife at The Pavilion Senior Living, c/o Betty Jones #208 1406 Medical Center Drive, Lebanon TN 37087. Sellars Funeral Home, Lebanon TN, 615.444.9393.

Share Your Memory of
David
Upload Your Memory View All Memories
Be the first to upload a memory!